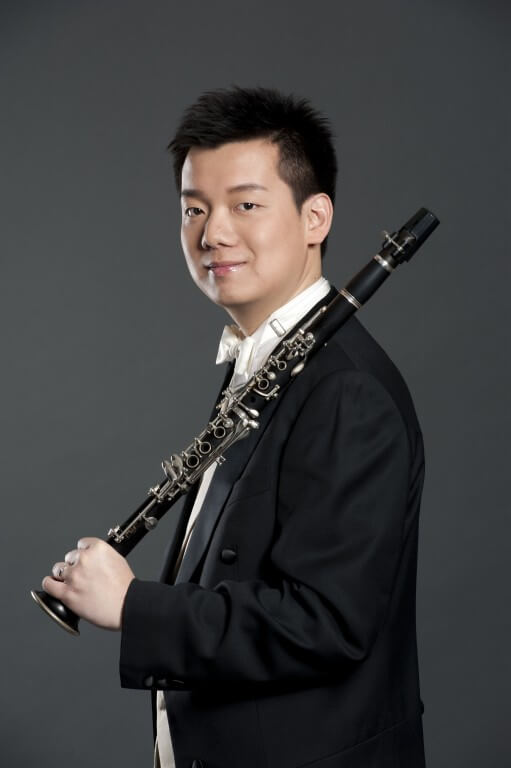 Fong Hiu-kai Johnny joined the Hong Kong Sinfonietta in 2008 as its Principal Clarinet. With the orchestra he performed Lutoslawski’s Dance Preludes at Hong Kong Arts Festival 2009 and was a featured soloist in the orchestra’s Expo 2010 Shanghai Concert (Hong Kong Week Closing Performance). He made his Carnegie Hall recital début at Weill Hall in January 2009 and has since performed in Canada, France, Italy, South America, Japan, Singapore, the Philippines, Malaysia, China and Taiwan.

Fong obtained his bachelor’s degree from The Hong Kong Academy for Performing Arts (HKAPA) in 2006 where he studied with Andrew Simon. While studying there, he won the HKAPA Concerto Competition in 2006 and was one of the winners in 2004. He furthered his studies with Charles Neidich and Ayako Oshima at Mannes College, The New School of Music in New York under the Hong Kong Jockey Club Music and Dance Fund scholarship and received his master’s degree in 2008.

Prior to joining the Hong Kong Sinfonietta, Fong has served as guest principal clarinet with the orchestra as well as with Macao Orchestra.  He was a member of the Asian Youth Orchestra in 2004 and has since freelanced with orchestras in the region including the Hong Kong Philharmonic Orchestra.

Fong teaches clarinet at the Chinese University, Baptist University, Education University and Kingston University. He is also the music director of Clarinetissimo, an institution that aims at promoting clarinet culture in Hong Kong.