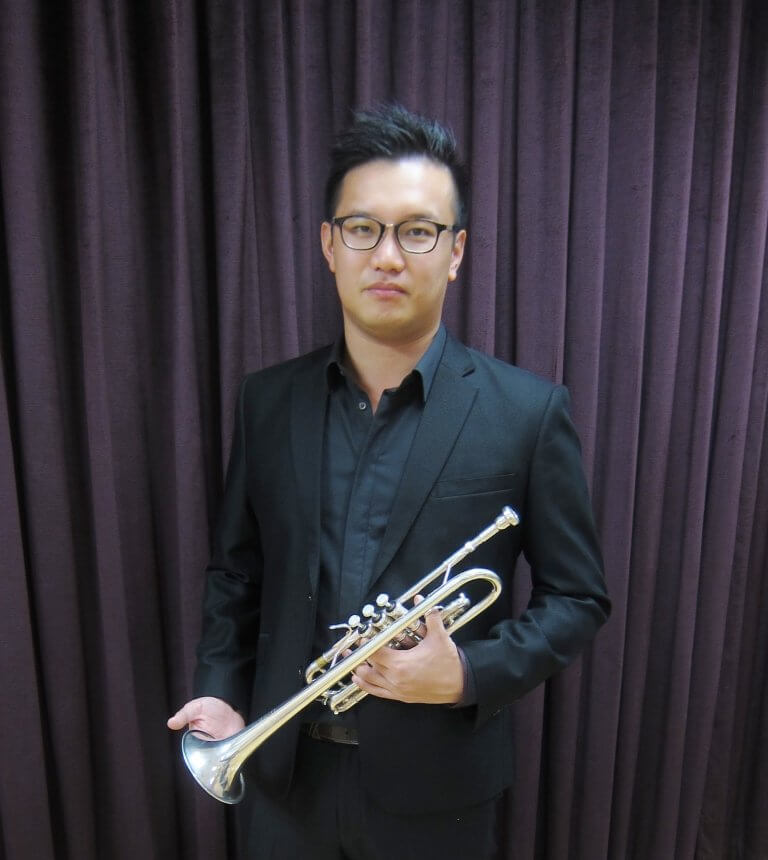 Born and raised in Hong Kong, Man Hay started learning the trumpet from Danilo Delfin since he was 6. He was the recipient of numerous prizes in Hong Kong Schools Music Festival, and also winner of the Golden Prize of China Trumpet Guild in 2008.

Man Hay completed his Diploma and Bachelor degrees at The Hong Kong Academy for Performing Arts. He was also a recipient of numerous scholarships including two years of full scholarships from Y.S. Liu foundation and SAR Philharmonic. In 2008, he won the first runner-up prize of “Young Musician of the Year” presented by Tom Lee Music Foundation. He also won the Concerto Trial of The Hong Kong Academy for Performing Arts in the same year. In 2010, he toured with Asian Youth Orchestra in China, Japan, Korea and other Asian countries.

He completed his master degree at The New England Conservatory of Music in Boston, USA after obtaining The Hong Kong Jockey Club Music and Dance Fund scholarship in 2015. In USA, he has studied with Thomas Rolf Jr., Principal Trumpet of the Boston Symphony Orchestra and Benjamin Wright.

Man Hay is currently trumpet player of Hong Kong Sinfonietta. He has been working with various orchestras including the Hong Kong Philharmonic Orchestra, City Chamber Orchestra of Hong Kong and Hong Kong String Orchestra. He is also an enthusiastic trumpet educator in Hong Kong.