Praised as a “magician of cantabile playing and a master of virtuosic panache” and “one of the best cellists alive” (Der Tagesspiegel), German cellist Alban Gerhardt is no stranger to the world’s most prestigious stages where he has stunned and awed with his intense musicality, compelling stage presence and extraordinary artistic flair. In this visit to Hong Kong, he will appear in two performances – a concert on 4 Feb (Sat) where he debuts with Hong Kong Sinfonietta and Principal Guest Conductor Christoph Poppen, playing leading British contemporary composer Julian Anderson‘s cello concerto Litanies, and a recital on 2 Feb (Thu) alongside local pianist Colleen Lee. Tickets are now on sale at URBTIX and POPTICKET – enjoy 20% off when you purchase full-price tickets to both performances!

For over 30 years, Alban Gerhardt has made a unique impact on audiences worldwide with his gift for not only shedding fresh light on familiar scores, but also breathing life into new repertoire, making him the go-to soloist for contemporary composers. On 4 Feb (Sat), he will join hands with Hong Kong Sinfonietta and Principal Guest Conductor Christoph Poppen in presenting the Asian première of British composer Julian Anderson’s cello concerto Litanies written especially for him. Composed in memory of Anderson’s friend and mentor Oliver Knussen, as well as to mourn the destruction by fire of the Notre Dame Cathedral in Paris, Litanies re-examines the cello string by string and gives new character and colours to the instrument. The concert also features Romantic great Mendelssohn’s evocative Calm Sea & Prosperous Voyage, as well as Brahms’ idyllic and heart-warming Symphony No 2.

Gerhardt will also appear in recital alongside pianist Colleen Lee (HKS Artist Associate 2010/2011), giving a tour de force of some of the most monumental and iconic chamber works for the cello – the sonatas of Debussy, Kodály and Brahms, promising a stunning evening to remember.

Conductor, soloist, chamber musician and pedagogue, Christoph Poppen has made a name for himself in diverse roles in the international musical world, winning many awards along the way. During the 2022/2023 season, Christoph Poppen continues his close and highly successful collaboration with the Cologne Chamber Orchestra in his role as Principal Conductor, and as Principal Guest Conductor of Hong Kong Sinfonietta and Israel Chamber Orchestra. He is also the Artistic Director of the Marvão International Music Festival, which he founded in 2014 and has grown to become a highly successful and award-winning musical event featuring soloists such as Jörg Widmann, Augustin Hadelich, Javier Perianes and Clara-Jumi Kang. Other highlights in the season include appearing with the Orquestra Sinfónica do Porto Casa da Música and return visits to the Deutsche Radiophilharmonie Saarbrücken Kaiserslautern, Munich Chamber Orchestra and Athens State Orchestra, as well as the continuation of his recorded cycle of the complete Mozart Masses with the Cologne Chamber Orchestra for the Naxos label.

From 1995 to 2006, Poppen was Artistic Director of Munich Chamber Orchestra, establishing the ensemble’s new profile in a short period of time. His distinctive programmes, often contrasting classical and contemporary styles with numerous commissioned works, were highly successful. In 2006, Poppen was appointed Music Director of Radio Symphony Orchestra Saarbrücken and from 2007 until 2011, he was Music Director of the newly formed Deutsche Radio Philharmonie. He has appeared with orchestras such as Vienna Symphony, Staatskapelle Dresden, Deutsches Symphonie-Orchester Berlin, Detroit Symphony, Orchestra Philharmonique de Radio France, Bamberg Symphony, Camerata Salzburg, Netherlands Philharmonic Orchestra, Residentie Orkest, Orquestra Sinfônica do Estado de São Paulo, Indianapolis Symphony, Seoul Philharmonic, New Japan Philharmonic and Singapore Symphony Orchestra. He also has a strong presence in Italy, performing regularly with the country’s leading orchestras and at festivals such as the Venice Biennale, as well as giving masterclasses.

As a prize-winning violinist, Poppen co-founded the Cherubini Quartet in 1978. He was appointed Professor of Violin and Chamber Music at Hochschule für Musik Detmold, and later at Hanns Eisler Hochschule für Musik in Berlin, where he was President from 1996 to 2000.  From 2001 to 2005, he was Artistic Director of the renowned ARD International Music Competition. In 2019, he founded the International Academy for Music, Arts and Science in Marvão, Portugal. Between 2020-2022, he was the Artistic Director of the Classic Revolution Festival in Seoul, South Korea, for which he curated highly inventive programmes and united many of the best international artists for performances exclusively at the Lotte Concert Hall. Since 2003, he has been Professor of Violin and Chamber Music at Hochschule für Musik und Theater in Munich. He is also the current Chair Professor of Violin at the prestigious Escuela Superior de Música Reina Sofía in Madrid, an appointment which began in the 2021/2022 academic year.

As Hong Kong Sinfonietta’s Principal Guest Conductor since 2015/2016, Poppen has presented to the Hong Kong audience a rich repertoire ranging from Austro-German masterpieces to contemporary works, and has brought the orchestra on tour to Germany and to his festival in Portugal. He also co-chaired the 1st Hong Kong International Conducting Competition. Following the stepping-down of Music Director Yip Wing-sie in May 2020 and before the next Music Director is appointed, Poppen and Yip will be jointly responsible for the artistic development of the orchestra.

Having launched his career with Berlin Philharmonic and Semyon Bychkov in 1991, Alban Gerhardt has since gained recognition as one of the most versatile cellists, highly regarded for his performances from solo Bach through the classical and romantic canon, to collaborations with several contemporary composers.

For over 30 years, Gerhardt has made a unique impact on audiences worldwide with his intense musicality, compelling stage presence and insatiable artistic curiosity. His gift for shedding fresh light on familiar scores, along with his appetite for investigating new repertoire from centuries past and present, truly set him apart from his peers.

Gerhardt has a very wide repertoire including all the core concertos, and is at the same time the go-to soloist for contemporary composers. He most recently premiered Julian Anderson’s 2023 Grawemeyer Award-winning concerto Litanies with Orchestre National de France, following on from the success of his performances of Brett Dean’s concerto premiered with Sydney Symphony Orchestra and Berlin Philharmonic, and played with New York Philharmonic, Swedish Radio Symphony Orchestra and London Philharmonic Orchestra, amongst others. The upcoming season highlights include Minnesota Orchestra with Pablo Heras-Casado, Spanish National Orchestra with Simone Young, Royal Liverpool Philharmonic Orchestra with Vasily Petrenko, and Orquestra Gulbenkian. He will also perform the Asian première of the Anderson concerto with Hong Kong Sinfonietta.

Gerhardt has won several awards, and his recording of Unsuk Chin’s Cello Concerto, released by Deutsche Grammophon, won the BBC Music Magazine Award and was shortlisted for a Gramophone Award in 2015. He has recorded extensively for Hyperion; his recording of complete Bach suites was released in 2019 and was one of The Sunday Times’  “Top 100 CDs of the Year” (all genres included). His recent album Shostakovich: Cello Concertos with the WDR Sinfonieorchester Köln and Jukka-Pekka Saraste was awarded the International Classical Music Award in 2021.

Gerhardt is a keen chamber musician whose regular performance partners include Steven Osborne, with whom he will perform in North America this season. He has collaborated with violinist Gergana Gergova, choreographer Sommer Ulrickson, and sculptor Alexander Polzin on the artistic project “Love in Fragments”, a poetic union of music, movement, sculpture and the spoken word, which successfully premiered at 92NY in New York.

Gerhardt is passionate about sharing his discoveries with audiences far beyond the traditional concert hall. His outreach projects undertaken in Europe and the USA have involved not only performances and workshops in schools and hospitals, but also pioneering sessions in public spaces and young offender institutions.

Julian Anderson is among the most esteemed and influential composers of his generation. Born in London in 1967, he studied composition with John Lambert, Alexander Goehr and Tristan Murail. He was awarded a prestigious RPS Composition Prize in 1992 at the age of 25 for his two-movement work Diptych (1990) for orchestra, launching his career. His success as a composer has also fed a prominent academic career, which has included Senior Composition Professorships at the Royal College of Music (1996-2004) where he was also Head of Composition for 5 years, Harvard University (2004-2007), and Guildhall School of Music & Drama where he holds the specially created post of Professor of Composition and Composer in Residence. He is also much in demand as concert programmer and public speaker. Between 2002 and 2011, he was Artistic Director of the Philharmonia’s Music of Today concert series at the Royal Festival Hall in London, and from 2013 to 2016 he was Composer in Residence at Wigmore Hall.

Commissions for small ensembles include Book of Hours (2004) for ensemble and electronics written for Birmingham Contemporary Music Group and Oliver Knussen, which won the RPS Music Award for Large Scale Composition in 2006 and the following recording on NMC won the 2007 Gramophone Award, and Van Gogh Blue (2015), which was premiered by the Nash Ensemble, co-commissioned by Wigmore Hall, the Koussevitzky Foundation and Casa da Música, and won both a BASCA Award and the RPS Award for Small Scale Composition. His String Quartet No 3 “Hana no Hanataba” (2018), co-commissioned by Wigmore Hall and the Tanglewood Music Center, was premiered by the JACK Quartet in 2018.

In recognition of his varied musical career, Anderson was awarded the CBE in the 2021 New Year’s Honours and the Monaco Chevalier de l’Ordre du Mérite Culturel in 2022. He is currently President of the Music Council for the Fondation Prince Pierre de Monaco and Senior Professor of Composition at the Guildhall School of Music and Drama.

She has also been a featured artist at several international music festivals including the International Chopin Festival in Duszniki and Gdansk in Poland, Assisi International Piano Festival in Italy, Meissen Pianoforte Festival in Germany, International Keyboard Festival in New York, Bowdoin International Music Festival and Musicus Fest in Espoo, Finland. Her performance of the “Magic Piano and Chopin Shorts” animation series at the 42nd Hong Kong Arts Festival had garnered rave review. She was invited to perform twice in the “Beethoven Piano Sonatas Marathon” in Vienna and Hong Kong. She appeared as soloist with the Hong Kong New Music Ensemble in the 2018 Shanghai New Music Week. In 2019, she made her début with London Symphony Orchestra under Simon Rattle.

As an enthusiastic chamber musician, Lee frequently appears in chamber music concerts and has also collaborated with world-famous instrumentalists including violinists Ning Feng and Kang Dong-suk, cellists Trey Lee, Daniel Müller-Schott and Alexander Kniazev, trumpet virtuoso Sergei Nakariakov, and the Shanghai Quartet. She is also a member of the RTHK Chamber Soloists which was formed in 2018. 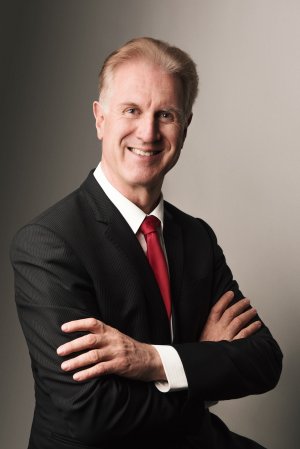 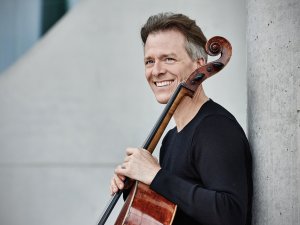 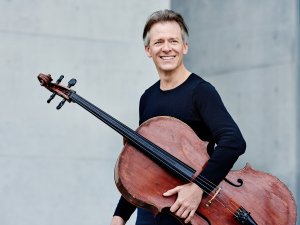 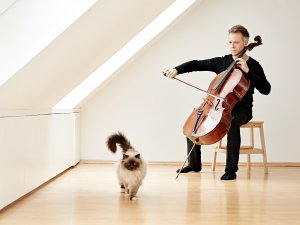 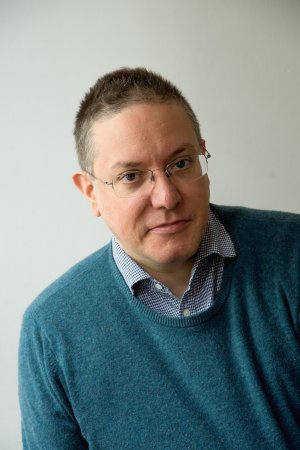 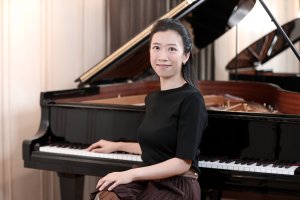