Encouraged by the rapturous response to their début film “Back On Stage” concert (Special Extended Version), which hit the cinemas in September and resulted in multiple additional screenings, Hong Kong Sinfonietta ventures into its second attempt of translating a live concert to the silver screen with “Back On Stage II (Quarantined!)”. Featuring Principal Guest Conductor Christoph Poppen and pianist Alexander Krichel, who travelled all the way from Germany and braved through the 14-day quarantine, this concert was filmed on 26 Sep at Hong Kong City Hall Concert Hall when the venue was still shut to live audiences due to the pandemic. Nine state-of-the-art cameras equipped with the latest 4K technology were used, bringing to you the finest cinematic experience at MOViE MOViE Cityplaza and MOViE MOViE Pacific Place, starting from 28 Nov.

Featuring the full orchestra with 61 musicians – complete with strings, winds, brass, harp and percussion – the programme begins with Rachmaninov’s ever-exuberant Rhapsody on a Theme of Paganini – a virtuosic masterpiece widely known for its heartfelt Variation 18, which was featured in the Hollywood film Somewhere in Time. Beethoven’s delightful Symphony No 8 follows, as well as a special performance of Beethoven’s sparkling “Spring” Sonata for Piano and Violin, where Maestro Poppen takes the stage as a violinist.

As Hong Kong Sinfonietta’s Principal Guest Conductor since 2015/2016, Poppen has presented to the Hong Kong audience a rich repertoire ranging from Austro-German masterpieces to contemporary works, and has brought the orchestra on tour to Germany and to his festival in Portugal. He also Co-chaired the 1st Hong Kong International Conducting Competition. Following the stepping-down of Music Director Yip Wing-sie in May 2020 and before the next Music Director is appointed, Poppen and Yip will be jointly responsible for the artistic development of the orchestra.

Born in Hamburg in 1989, German pianist Alexander Krichel has established himself as one of the most promising and thoughtful voices amongst today’s young pianists. A recording artist for Sony Classical, his first recital disc won the “Newcomer of the Year” ECHO Klassik award in 2013. Following this, he has released a number of critically acclaimed recordings, including Rachmaninov’s Piano Concerto No 2 with the Dresden Philharmonic under Michael Sanderling, and Miroirs, an album of solo works by Maurice Ravel. In February 2019, his fifth album An die ferne Geliebte (To the Distant Beloved), containing works of Beethoven, Schumann, Kreisler and Wagner, was released on Sony Classical and directly climbed the top five German classical bestseller charts.

Krichel has made appearances with the Bamberger Symphoniker under Jonathan Nott, Frankfurt Radio Symphony Orchestra under Antonio Méndez, the Tokyo and Kyoto symphony orchestras, and the Orchestra Ensemble Kanazawa. Furthermore, he has performed with the St Petersburg Symphony Orchestra, Festival Strings Lucerne, Polish Chamber Philharmonic Orchestra and Orquesta Filarmónica Nacional de Venezuela. He is frequently invited to tour Japan, China, Mexico, South Africa and the USA. In early spring 2019, Krichel played a 30-concert tour which led him through Germany, Austria and Switzerland.

In the 2020/2021 season, Krichel will again be a guest at the Konzerthaus Vienna and the Beethovenhaus Bonn. Furthermore, he will perform with Hong Kong Sinfonietta, the Brandenburgisches Staatsorchester Frankfurt, Staatsorchester Rheinische Philharmonie and Amaryllis Quartett at the Berliner Philharmonie. In June 2021, Krichel will work together for the first time with the Karajan Academy of the Berlin Philharmonic under the direction of conductor Andrew Manze, and will once again perform at the Weilburg Schlosskonzerte together with the Göttinger Symphonie Orchester and conductor Nicholas Milton. The very successful project Winterreise with soprano Juliane Banse and dancer István Simon, performed in Spain and Pakistan last season, will be shown at the Wilhelma Theater Stuttgart, Konzert Theater Coesfeld and Konzerthaus Blaibach.

A busy recitalist, last season saw Krichel’s début at the Kleiner Saal of the Elbphilharmonie in Hamburg, as well as recitals at Radio Bremen, Schloss Elmau, and in Berlin, Luxembourg and London. In the 2017/2018 season, he returned to the Philharmonie Essen and made his début at the Beethovenfest Bonn, Blanco y Negro Piano Festival in Mexico City, as well as at Tonhalle Innsbruck and the Festspielhaus Bregenz. He also returned to Japan for recitals in Tokyo and at the Performing Arts Centre in Hyogo, and made his US recital début at the Frick Collection in New York. Other solo performances have taken him to venues such as Konzerthaus Berlin, Prinzregententheater Munich, Philharmonie Cologne, Tonhalle Zürich and Düsseldorf, Konzerthaus Vienna and the Liederhalle Stuttgart. Festival appearances include the Rheingau Musik Festival, Mecklenburg-Vorpommern Festival, Schwetzinger Festspiele, Piano aux Jacobins, L’Ésprit du Piano Bordeaux and Ocean Sun Music Festival. He is also a keen chamber musician and has collaborated with French horn player Felix Klieser, with whom he has toured Germany, and the Signum Quartet.

Krichel became a pre-student at Hochschule für Musik und Theater Hamburg at the age of 15. From 2007, he continued his studies with the legendary Vladimir Krainev at Hochschule für Musik, Theater und Medien Hannover. He has also studied with Dmitri Alexeev at Royal College of Music in London, completing his studies in June 2016 with distinction. From 2012 to 2015, Alexander was part of the stART programme for young artists at Bayer Kultur. He is a scholarship holder of the Oscar und Vera Ritter Foundation, Berenberg Bank Foundation, PE Förderungen and Otto Group.

Away from the piano, Alexander has a passion for mathematics, science and foreign languages. He promotes projects that encourage children’s and teenagers’ involvement in classical music, and is very involved in hospice work in his hometown, Hamburg. 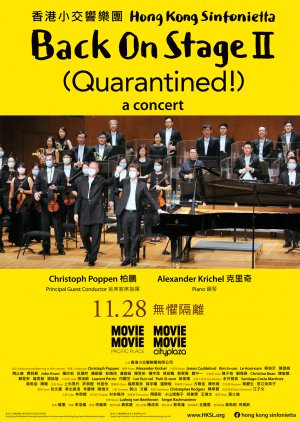 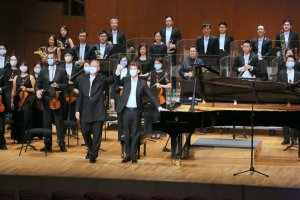 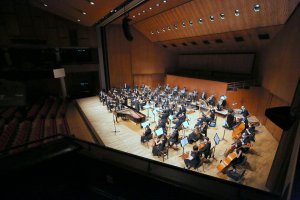 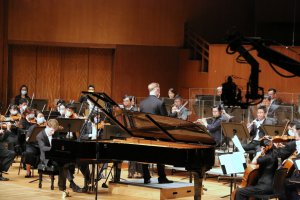 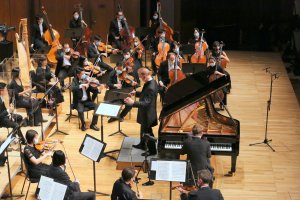 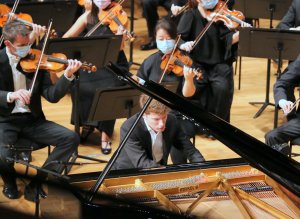 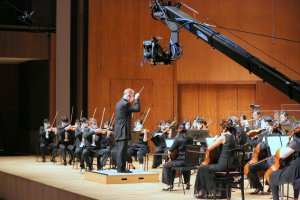 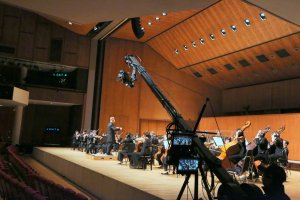 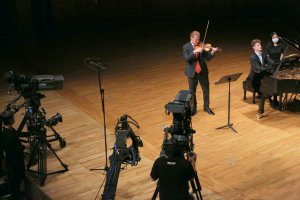 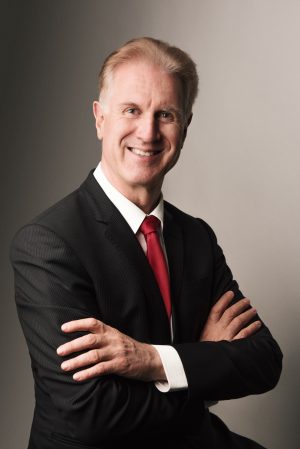 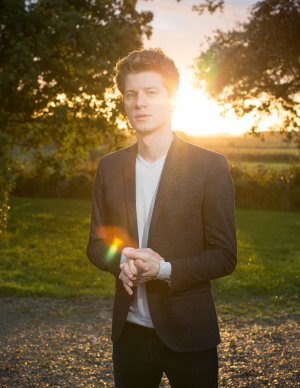