Winner of the “Révélation Soliste Instrumental” award at the prestigious Victoires de la Musique Classique in 2020, French oboist Gabriel Pidoux will make his Hong Kong début this French May Arts Festival and deliver two captivating programmes. The first is a recital on 21 Jun (Tue) alongside pianist Colleen Lee, where they will play a gorgeous selection of works surrounding the theme of “Romance”, including timeless favourites such as the Three Romances of both Schumann and Clara Schumann, as well as lesser-known gems by Wallner and Marina Dranishnikova.

Jason Lai is the Principal Conductor at the Yong Siew Toh Conservatory, Principal Guest Conductor of the Orchestra of the Swan, and former Associate Conductor of the Singapore Symphony Orchestra and Hong Kong Sinfonietta, where he was also HKS Artist Associate from 2009 to 2011. He has been a prominent figure in Singapore’s musical life since his arrival in 2010, while also actively giving international masterclasses in Europe and China. He has guest conducted the New Japan Philharmonic, Podlasie Opera Philharmonic in Poland, Adelaide Symphony Orchestra and Macao Orchestra.

Lai has continued with his television work since settling in Singapore. He was presenter and conductor for Project Symphony, an eight-part series for OKTO where he was filmed setting up a community orchestra.  He has been heavily involved in filming for a BBC series Heart of Asia which explores the contemporary arts and culture scene in Thailand, Indonesia, Korea and the Philippines, and a further series for BBC World called Tales from Modern China.

Despite having toured as a cellist with the Allegri String Quartet and having been a finalist in the BBC Young Composers Award, Lai gravitated increasingly towards conducting after he won the BBC Young Conductors Workshop in 2002.  This led to his appointment as Assistant Conductor to the BBC Philharmonic with whom he made his BBC Proms début in 2003.

Education is an important part of Lai’s work in Singapore.  At the Yong Siew Toh Conservatory, he trains the next generation of conductors, many of whom have had many successes both at home and abroad, and with the SSO he spearheaded the education and outreach programme, helping the orchestra reach new audiences notably through his Discovering Music and Children’s concerts.

A violinist until he was 7 years old, Gabriel Pidoux decided one day to switch to the oboe and to finally “escape” from the family tradition of stringed instruments. He started playing the oboe with Hélène Devilleneuve, studied at the Conservatoire National Supérieur de Musique in Paris in the classes of Jacques Tys and David Walter, and in Munich with François Leleux. Winner of the Second Prize at the Prague Spring International Music Competition in 2019, Pidoux received the prestigious “Révélation soliste instrumental” award at the French Victoires de la Musique Classique 2020. During his studies, he was also a laureate of several competitions including the Michał Spisak International Music Competition, Fernand Gillet-Hugo Fox International Competition by the International Double Reed Society, Be The ONE Competition etc, and has participated in many academies with renowned teachers such as Jean-Louis Capezzali and Maurice Bourgue.

Curious and interested in the history of his instrument, Pidoux has also perfected his studies on the ancient oboe with Antoine Torunczyk, and co-founded the Ensemble Sarbacanes, specialising in music for period wind instruments, which was selected by the EEEMERGING+ programme to perform in many European festivals.

In the course of projects which have taken him from Ljubljana to London via Poland and Spain, Pidoux has had the opportunity to perform as a soloist with the Orchestre des Pays de Savoie, RTV Slovenia Symphony Orchestra, Chamber Orchestra of the Prague Symphony Orchestra etc, and within ensembles such as Gli Incogniti, La Fenice and Le Cercle de l’Harmonie. He has performed in numerous festivals, notably at La Folle Journée de Nantes live on Arte, in Salon-de-Provence alongside Emmanuel Pahud, Gilbert Audin, Paul Meyer, David Guerrier and Benoît de Barsony, at Festival de la Vézère, and Festival Radio France Occitanie Montpellier.

Pidoux’s first CD “Romance” – dedicated to the Romantic repertoire with pianist Jorge González Buajasan – was released by Alpha Classics in February 2022. He recently recorded Mozart’s Sinfonia Concertante for Four Winds with the Vienna Symphony Orchestra under the direction of Thomas Zehetmair, and made his début with the Mozarteumorchester Salzburg, recording with them the Mozart Oboe Concerto K314 thanks to the support of the Orpheum Foundation.

She has also been a featured artist at several international music festivals including the International Chopin Festival in Duszniki and Gdansk in Poland, Assisi International Piano Festival in Italy, Meissen Pianoforte Festival in Germany, International Keyboard Festival in New York, Bowdoin International Music Festival and Musicus Fest in Espoo, Finland. Her performance of the “Magic Piano and Chopin Shorts” animation series at the 42nd Hong Kong Arts Festival had garnered rave review.  She was invited to perform twice in the “Beethoven Piano Sonatas Marathon” in Vienna and Hong Kong.  She appeared as soloist with the Hong Kong New Music Ensemble in the 2018 Shanghai New Music Week. In 2019, she made her début with London Symphony Orchestra under Simon Rattle.

As an enthusiastic chamber musician, Lee frequently appears in chamber music concerts and has also collaborated with world famous instrumentalists including violinists Ning Feng amd Kang Dong-suk, cellists Trey Lee, Daniel Müller-Schott and Alexander Kniazev, and the Shanghai Quartet.  She is also a member of the RTHK Chamber Soloists which was formed in 2018. 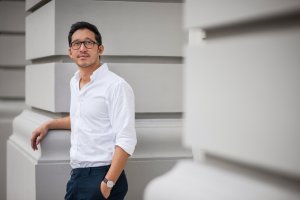 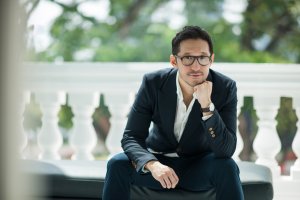 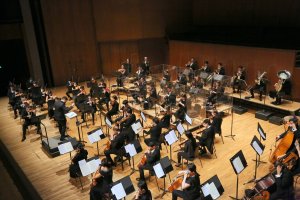 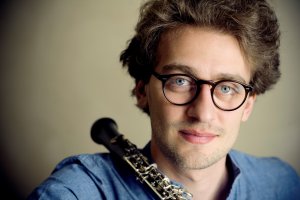 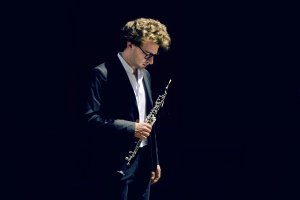