Rémi Geniet will return to collaborate with Hong Kong Sinfonietta on 24 Sep (Sat), playing Brahms’ gorgeous Piano Concerto No 1 under the baton of Singaporean conductor Joshua Tan. On 29 Sep (Thu), Aylen Pritchin will make his début with the orchestra and Music Director Emeritus Yip Wing-sie, playing Mendelssohn’s well-loved Violin Concerto in E minor. The two stars will also join hands to present a beautiful recital programme on 27 Sep (Tue) which is not to be missed. Get your tickets now at URBTIX and POPTICKET!

French piano sensation Rémi Geniet returns to Hong Kong
Laureate of numerous international competitions and notably winner of the Second Prize at the 2013 Queen Elisabeth International Piano Competition at the age of 20, French pianist Rémi Geniet is fast establishing himself as one of the most prominent pianists of his generation, with his début all-Bach CD receiving a Diapason d’Or in 2015. On 24 Sep, he will return to collaborate with Hong Kong Sinfonietta again at Hong Kong City Hall Concert Hall, playing Brahms’ stunning Piano Concerto No 1 under the baton of Singaporean conductor Joshua Tan. The programme also includes Beethoven’s Symphony No 2, as well as the Asian première of American composer and Pulitzer Prize nominee Michael Gilbertson’s Beethoven-inspired The Beautiful & The Good.

Russian star violinist Aylen Pritchin debuts with Hong Kong Sinfonietta
First Prize winner of the 2014 Long-Thibaud International Competition and a prizewinner at the Wieniawski, Tchaikovsky, Sion-Valais, Kreisler and Oistrakh international violin competitions, Russian violinist Aylen Pritchin has impressed around the world with his stunning musicality and impeccable technique. On 29 Sep, he will perform Mendelssohn’s well-loved Violin Concerto in E minor with Hong Kong Sinfonietta and Music Director Emeritus Yip Wing-sie, who will also conduct the orchestra in Estonian composer Arvo Pärt’s Fratres, as well as Schumann’s delightful Symphony No 2.

A recital with the two stars
On 27 Sep, Geniet and Pritchin will also come together to present a recital to remember, playing the sonatas of Mozart, Beethoven and Richard Strauss; Geniet will also showcase his rendition of Ravel’s Valses Nobles et Sentimentales.

You can now enjoy a 20% off discount when purchasing full-price tickets to any two of the above programmes in the same transaction – don’t miss out!

Born in Guangzhou and brought up in Hong Kong, Yip graduated from the Royal College of Music in London and the Indiana University at Bloomington, USA, where she obtained her Master’s Degree in violin performance and conducting.  As the winner of the Koussevitsky Scholarship and the Seiji Ozawa Fellowship Award, Yip also attended the conducting seminar and fellowship programmes at the Tanglewood Music Center.  Her mentors included great maestros such as Norman Del Mar, Leonard Bernstein, Seiji Ozawa, Gustav Meier and David Atherton.

Accolades Yip has received internationally include “Chevalier de l’Ordre National du Mérite” bestowed by the French Government (2015), “Chevalier dans l’Ordre des Arts et des Lettres” by the Ministry of Culture and Communication of France, Fellow of the Royal College of Music (FRCM), and she was also named the Ong Teng Cheong Distinguished Visiting Professor at the Yong Siew Toh Conservatory of Music, National University of Singapore.  In Hong Kong, she was awarded “Hong Kong Women of Excellence in the Six Arts Award” by the Hong Kong Federation of Women and the Bronze Bauhinia Star (BBS) by the Hong Kong Government, and was University Artist at The University of Hong Kong (2011- 2012).

A graduate of The Juilliard School and the Eastman School of Music with High Distinction, Tan was an awardee of numerous scholarships and awards, such as the Singapore Young Artist Award, Bruno Walter Memorial Foundation Award, NAC-Shell Scholarship, and the SSO/MOE Scholarship.

Known as a versatile conductor, Tan is at home with symphonic, operatic and ballet works. His substantial repertoire for opera includes La Traviata, Rigoletto, Der Fliegende Holländer, Lohengrin, Carmen, Don Giovanni, Madama Butterfly, Così Fan Tutte and Turandot, amongst others, and he has served as cover conductor for Christoph Eschenbach and Lorin Maazel. He is equally adept with music for ballet, film and multimedia. For the latter, his extensive repertoire includes Disney’s Fantasia, all of BBC’s Blue Planet Series, West Side Story, Jurassic Park, Harry Potter, James Bond and more. The Singapore première of Bernstein’s Mass, under Tan’s baton, was voted “Best Classical Concert of the Year 2018” by The Straits Times, and for an unprecedented second year, his performance of the opera Don Pasquale won the same accolade in the subsequent year.

Laureate of numerous international competitions, notably winner of Second Prize at the 2013 Queen Elisabeth International Piano Competition at the age of 20 and the youngest prizewinner of the Bonn International Beethoven Competition, Rémi Geniet is fast establishing himself as one of the most prominent pianists of his generation, and was awarded First Prize at the prestigious Young Concert Artists International Auditions in New York in 2015.

Outside of France, Geniet has performed at Carnegie Hall (Zankel Hall), Morgan Library, Munich Gasteig, NDR Hanover, Konzerthaus Berlin, Great Hall of the Moscow Conservatory, as well as in Vienna, Geneva, Ghent, Brussels, Germany and Poland. Amongst the many prestigious international festivals that invite him are the Verbier, Colmar, Mecklenburg-Vorpommern, Euriade, Casals, Montreal Bach and Interlaken Classics festivals. In 2016, he was invited to participate at Les Sommets Musicaux de Gstaad at the invitation of Renaud Capuçon, winning the “Prix André Hoffmann”.

A frequent guest artist in Asia, Geniet has performed in Suntory Hall with the Yomiuri Nippon Symphony Orchestra, in China with the Suzhou Symphony Orchestra, as well as with the KBS Symphony Orchestra, Hong Kong Sinfonietta, Hiroshima and Gunma symphony orchestras and the Kansai Philharmonic. He has given recitals at Tokyo Bunka Kaikan, Osaka Izumi Hall, Saitama Arts Center, Yokohama Minato Mirai Hall, National Concert Hall in Taiwan and Kumho Art Hall in Seoul.

Geniet has recently given recitals as part of the Concerts de Monsieur Croche series at the Salle Gaveau, as well as in the Auditorium de Radio France for the 250th Anniversary of Beethoven’s birth. In concert, he performed with the Orchestre de Chambre Nouvelle Europe under Nicolas Krauze, and the Armenian Symphony Orchestra at the Dubai Opera. In 2021/2022, he was reinvited to perform in Dubai with the Berlin Symphony Orchestra, gave several performances with the Orchestre de Douai and Jean-Jacques Kantorow, and toured Korea with violinist Lim Ji-young. Geniet’s chamber music partners include Augustin Dumay, Alexandra Soumm, Aurélien Pascal, Raphaël Sévère and Daniel Lozakovich.

Having studied at the Conservatoire National Supérieur de Musique de Paris with Brigitte Engerer and at the École Normale de Musique de Paris in the class of Rena Shereshevskaya, Geniet worked with Evgeni Koroliov in Hochschule für Musik und Theater Hamburg. He is currently studying Orchestral Conducting with Rüdiger Bohn. Geniet’s début all-Bach CD – which received a Diapason d’Or in 2015 – and his second release of four Beethoven sonatas were unanimously praised by the critics and both recorded on the Mirare label.

Russian violinist Aylen Pritchin has, in recent years, firmly established himself as one of the most interesting and versatile rising stars on the international concert stage. First Prize winner of the 2014 Long-Thibaud International Competition, he has also won prizes at the Wieniawski, Tchaikovsky, Sion-Valais, Kreisler and Oistrakh international violin competitions.

In 2017, the Russian label Melodiya published Pritchin’s third album dedicated to Prokofiev´s works for violin and piano with Yury Favorin. Two other albums include Russian repertoire for violin and piano trio with Lukas Geniušas and Alexander Buzlov. In 2019, Ad Vitam Records released a violin solo CD with some of the most important works of the 20th century, including the first ever edition of Tema con 8 Variazioni by Jean Françaix. In 2021, Pritchin and Maxim Emelyanychev’s album dedicated to the Brahms Violin Sonatas and recorded on period instruments was released on Aparté and received glowing reviews. Debussy – Hahn – Stravinsky, a new CD with Lukas Geniušas, will be released in 2022 on Mirare.

Born in St Petersburg, Pritchin studied with Elena Zaitseva in his hometown and with Eduard Grach at the prestigious Tchaikovsky Conservatory in Moscow. He is currently teaching at the Royal Conservatoire Antwerp and Robert Schumann Hochschule in Düsseldorf. 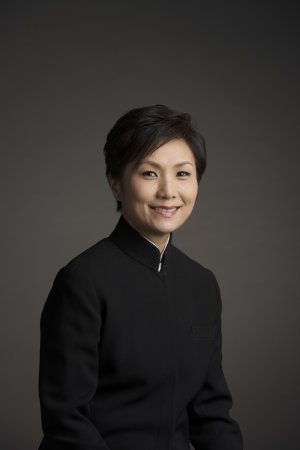 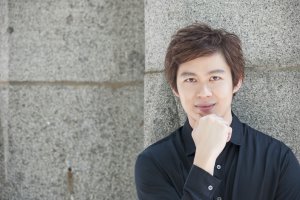 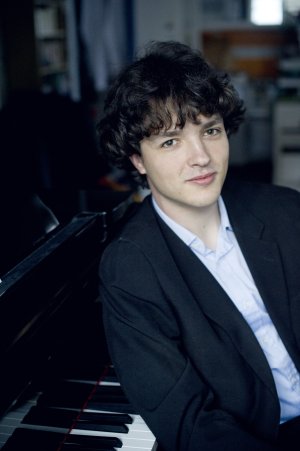 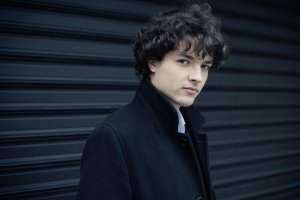 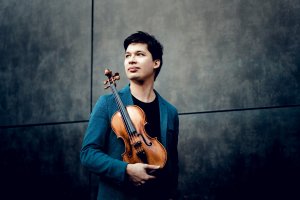 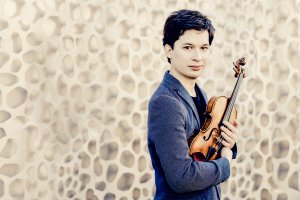