Hailed as one of the leading clarinettists of this generation, Gilad Harel has impressed audiences around the world with his “breathtaking virtuosity” and “phenomenal capabilities” (Haaretz), and has worked with some of the most illustrious composers of this century such as Elliott Carter, Salvatore Sciarrino and Tristan Murail. In this visit to Hong Kong, he will play Mozart’s timeless and well-loved Clarinet Concerto, as well as Klezmer’s Smile by Sergei Abir (world première) in his début with Hong Kong Sinfonietta under the baton of Jason Lai (HKS Artist Associate 2009-2011) on 23 Oct (Sat), in a programme that will also feature Dvořák’s joyous Symphony No 8. He will also be giving a recital on 20 Oct (Wed) with pianist Rachel Cheung, organised by Premiere Performances, where he will begin with some classic repertoire by Debussy, Saint-Saëns, Schumann and Mozart, and end with a stunning display of his prowess in Klezmer music.

British rising star pianist Alexander Ullman is rapidly building a distinguished international profile, having won both the International Franz Liszt Piano Competitions in Budapest (2011) and Utrecht (2017), and performed at renowned venues such as London’s Wigmore Hall and Queen Elizabeth Hall, Amsterdam’s Concertgebouw, Leipzig Gewandhaus and Kennedy Center. Under the baton of Swedish conductor Ola Rudner, he brings Rachmaninov’s stunning Piano Concerto No 3 to his début with Hong Kong Sinfonietta on 20 Nov (Sat) – a programme which also includes Brahms’s enchanting Symphony No 4 and Arvo Pärt’s Cantus in Memory of Benjamin Britten. On 18 Nov (Thu), he will play sonatas by Haydn, Beethoven and Liszt in recital, again organised by Premiere Performances.

When Israeli clarinettist Gilad Harel first started his classical clarinet training, he got two tapes as a gift – one of Benny Goodman, the other of Giora Feidman. Since then, Gilad Harel has continuously combined all genres throughout his career – Mozart with Klezmer, Klezmer with swing, contemporary music with folk. His programmes are adventurous, fresh and exhilarating.

Harel performs regularly with German cabaret singer Ute Lemper. He played as a soloist with different orchestras around the world – the Geneva Chamber Orchestra, Geneva Camerata, Torino Philharmonic Orchestra, Richmond Symphony Orchestra, Manhattan Sinfonietta, Jerusalem Symphony Orchestra, Israel Chamber Orchestra and Israel Sinfonietta. He has collaborated with mandolin virtuoso Avi Avital at the Taipei International Festival of Arts, created a unique concert of Klezmer music with electronics which was performed at the Paris Centquatre and the Comédie de Genève, played at the Jewish Culture Festival in Kraków with a band playing Cuban-Klezmer music, and recently created a programme of Dixieland Klezmer.

After finishing his studies at the Paris Conservatory and Juilliard School, Harel remained in New York and worked with some of the leading composers of this century – Elliott Carter, Salvatore Sciarrino, John Zorn, Tristan Murail, Tania León and Milton Babbitt, to name a few. Since returning to his homeland, Harel has given over 200 premières of works newly written. He also plays in theatre shows for the leading theatre houses in Israel, and appears on recording labels such as the Tzadik, Albany and Nonesuch records, as well as Soupir Editions and New Focus Recordings.

Harel is a faculty member at the Jerusalem Academy of Music and Israel Conservatory of Music in Tel Aviv. He gives masterclasses and Klezmer workshops around the world.

Jason Lai is the Principal Conductor at the Yong Siew Toh Conservatory, Principal Guest Conductor of the Orchestra of the Swan, and former Associate Conductor of the Singapore Symphony Orchestra and Hong Kong Sinfonietta, where he was also HKS Artist Associate from 2009 to 2011. He has been a prominent figure in Singapore’s musical life since his arrival in 2010, while also actively giving international masterclasses in Europe and China. He has guest conducted the New Japan Philharmonic, Podlasie Opera Philharmonic in Poland, Adelaide Symphony Orchestra and Macao Orchestra.

Lai has continued with his television work since settling in Singapore. He was presenter and conductor for Project Symphony, an eight-part series for OKTO where he was filmed setting up a community orchestra.  He has been heavily involved in filming for a BBC series Heart of Asia which explores the contemporary arts and culture scene in Thailand, Indonesia, Korea and the Philippines, and a further series for BBC World called Tales from Modern China.

Despite having toured as a cellist with the Allegri String Quartet and having been a finalist in the BBC Young Composers Award, Lai gravitated increasingly towards conducting after he won the BBC Young Conductors Workshop in 2002.  This led to his appointment as Assistant Conductor to the BBC Philharmonic with whom he made his BBC Proms début in 2003.

Education is an important part of Lai’s work in Singapore.  At the Yong Siew Toh Conservatory, he trains the next generation of conductors, many of whom have had many successes both at home and abroad, and with the SSO he spearheaded the education and outreach programme, helping the orchestra reach new audiences notably through his Discovering Music and Children’s concerts.

Praised for his subtle interpretations and refined technical mastery, British pianist Alexander Ullman has impressed audiences and critics worldwide with his deep understanding of the scores he interprets, his elegant touch and crystalline phrasing.

Ullman has performed at London’s Wigmore Hall and Queen Elizabeth Hall, Amsterdam’s Concertgebouw, Leipzig Gewandhaus, Kimmel Center, Kennedy Center, Seoul Arts Center, Shanghai Oriental Arts Center and the National Centre for the Performing Arts in Beijing, and has been featured in the Nottingham and Oxford international piano series, on BBC Radio 3, France Musique and MDR Klassik. Chamber music highlights include performances at the International Musicians Seminar at Prussia Cove, Festspiele Mecklenburg-Vorpommern, Pablo Casals Festival in Prades and La Jolla Summerfest with performers such as the Dover Quartet, violinists Barnabás Kelemen and Aleksey Semenenko, and cellist Michael Petrov. In the 2017/2018 season, he closed the Lille Piano(s) Festival with Orchestre de Picardie under Jean-Claude Casadesus.

Recent highlights include performances with the National Center for the Performing Arts Orchestra in Beijing under Markus Stenz, Orquestra Simfònica de Barcelona under Josep Vicent, as well as his débuts at the Lucerne Piano Festival and Montreal Chamber Music Festival. He also made his début with the Moscow State Symphony Orchestra and performed recitals in Germany, Austria, Hungary, the Netherlands, Poland, Italy, Georgia, Mexico, Korea and his native UK.

The 2021/2022 season sees his evening recital début at Wigmore Hall and débuts with Münchner Symphoniker under Joseph Bastian and Hong Kong Sinfonietta under Ola Rudner. He also returns to the Sofia Philharmonic Orchestra, Klavierfestival Ruhr, and performs a recital for Premiere Performances Hong Kong.

In 2019, Ullman’s first album on Rubicon, featuring Tchaikovsky’s The Nutcracker Suite, Prokofiev’s Six Pieces from Cinderella, as well as Stravinsky’s Petrushka and Firebird suites, received rave reviews. In 2022, the label will release a second album featuring Liszt’s Piano Concerto No 1 and 2 with the BBC Symphony Orchestra under Andrew Litton, coupled with the composer’s Piano Sonata in B minor.

Born in London in 1991, Ullman studied at the Purcell School, the Curtis Institute and the Royal College of Music, completing his Artist Diploma as the Benjamin Britten Piano Fellow in 2017 (awarded by the Philip Loubser Foundation). His teachers have included William Fong, Leon Fleisher, Ignat Solzhenitsyn, Robert McDonald, Dmitri Alexeev, Ian Jones and Elisso Virsaladze.

Swedish conductor Ola Rudner started his career as a high-profile violinist, having been a prizewinner of the Paganini Competition, the assistant of the legendary Sandor Vègh, and concertmaster of various orchestras such as the Camerata Salzburg, Volksoper Wien and Wiener Symphoniker. In 1995, he founded the Philharmonia Wien, and from 2001-2003, he was the Chief Conductor of the Tasmanian Symphony Orchestra in Australia. He was Chief Conductor of the Haydn Orchestra of Bolzano and Trento in 2003-2006, and the Württembergische Philharmonie Reutlingen from 2008-2016.

He has recorded for BIS Records, Harmonia Mundi, ABC Classics, Camerata Tokyo and Amadeus. With the Württembergische Philharmonie, he has recorded Romantische Ouvertüren, Mendelssohn’s Third, Fourth and Fifth symphonies, and works by Grieg (Holberg suite) and Lars Erik Larsson (Pastoral Suite) for ARS Productions. For Antes Edition, he recorded Grieg’s Peer Gynt Suites. For the CPO label, he made a celebrated first recording of the two symphonies by Giovanni Sgambati, Italy’s forgotten Romantic composer.

Rudner has an extensive repertoire ranging from Bach to contemporary composers like Ferran Cruixent and compatriot Rolf Martinsson, who dedicated a piece to Rudner and his orchestra. His special attention concerns the interpretation of the Classical repertoire from Haydn to Brahms and Bruckner, for which he has received great critical acclaim.

Rudner is the recipient of the order of merit for services rendered to the Republic of Austria. He also received the Centenary Medal for his outstanding musical work in Australia. 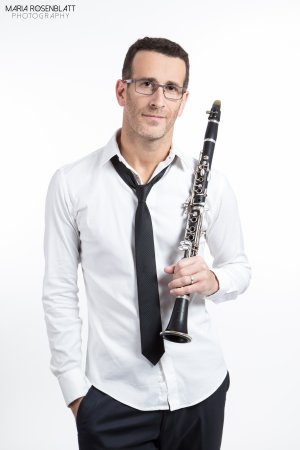 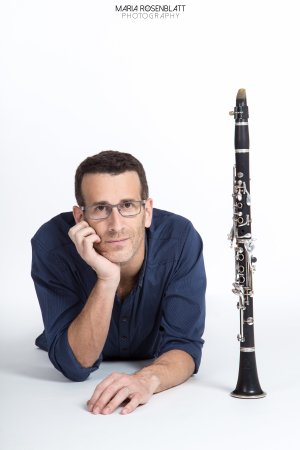 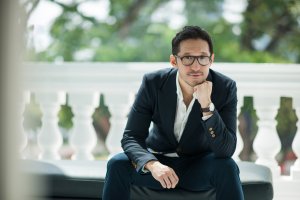 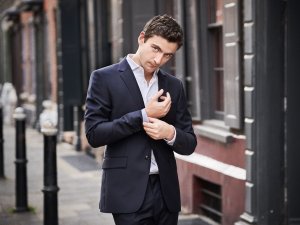 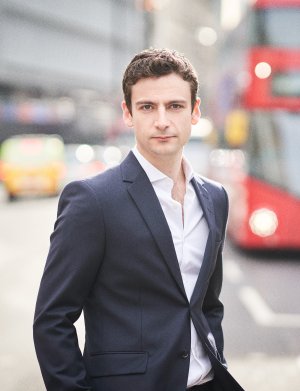 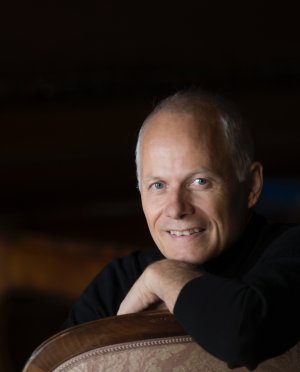