Learn to “see the music” with Yip Wing-sie at
Short-cut to Classical Music: Seeing beyond the sound & notes

“See” classical music like never before this summer at Hong Kong Sinfonietta’s Short-cut to Classical Music: Seeing beyond the sound & notes! Some of the most beautifully evocative works such as Debussy’s Clair de Lune and La Mer – as well as other masterpieces by Ravel, Mendelssohn and more – come together in this concert led by Music Director Emeritus Yip Wing-sie, taking place on 6 & 7 Aug (Sat & Sun) at Hong Kong City Hall Concert Hall, where the artworks of Vivian Ho (HKS Artist Associate) and Jessica Zoob will complement your musical journey and inspire you to see the music with your ears, and hear the music with your eyes!

Are composers inspired by visual stimulations? What did Debussy actually see when he composed Clair de Lune? And which sea was he referring to in La Mer? Does music sound different with visuals? When you hear The Sorcerer’s Apprentice by Dukas, do you see Mickey Mouse in the sorcerer’s hat? Apart from these iconic masterpieces, Concertmaster James Cuddeford will also take centre stage in Gardel’s alluring Tango, Por Una Cabeza, arranged by the great film music composer John Williams and featured in the 1992 Oscar-winning film Scent of a Woman.

To celebrate their season theme of “see the music”, the orchestra is also screening three of their original concert film productions at Hong Kong City Hall Concert Hall for the first time, after their success at the “Life is Art 2021” film festival last summer. Get your tickets to “Back On Stage III: DESTINY” (2 Aug), “Vive la Musique” (3 Aug) and “All-Star Tiny Galaxy@Wontonmeen” (8 Aug), as well as the aforementioned concert, on POPTICKET now and enjoy zero handling fees plus exclusive discounts of up to 20% off!

Short-cut to Classical Music: Seeing beyond the sound & notes

Special thanks to visual artists Vivian Ho (HKS Artist Associate) and Jessica Zoob for sharing their insights and artworks in the concert.

A highly respected and influential figure in Asia’s orchestral music scene, Yip Wing-sie shifted from being the Music Director of Hong Kong Sinfonietta – a position which she had held since 2002 – to Music Director Emeritus in May 2020. Winner of the First Prize as well as “LYRE d’OR” in the 35th Concours International de Jeunes Chefs d’Orchestre de Besançon, France in 1985, and a prizewinner in the 8th Tokyo International Conducting Competition in 1988, Yip is in great demand as a guest conductor in Asia and beyond. Orchestras she has conducted include China National Symphony Orchestra, Seoul Philharmonic, Osaka Philharmonic, Orchestre National du Capitol de Toulouse, Warsaw Philharmonic etc. Her accolades include Fellowship of the Royal College of Music (FRCM) and the “Chevalier de l’Ordre National du Mérite” bestowed by the French Government.

Born in Brisbane, Australia, James Cuddeford won a full scholarship at age 12 to study at the Yehudi Menuhin School in England. He continued his studies in performance at the Royal Northern College of Music and composition at the University of Manchester. His principal teachers were Yehudi Menuhin in violin, and Karlheinz Stockhausen and György Kurtág in composition. He has won prizes in a series of important competitions including the first prize in the 1996 Charles Hennen International Competition in Holland. As a chamber musician, Cuddeford has collaborated with artists such as John Lill, Charles Rosen, Stephen Kovacevich, Cristina Ortiz, Michael Collins, Heinz Holliger, Yehudi Menuhin, Bruno Giuranna, Pieter Wispelwey and Michel Dalberto. He has performed concertos with orchestras including the Camerata Lysy Switzerland, BBC Scottish National, Hong Kong Sinfonietta, Jena Philharmonic Germany, Queensland, Adelaide and Tasmanian Symphony Orchestras. He was a member of the Australian String Quartet, and plays on a violin made by Nicolò Gagliano in 1769.

Vivian Ho is a Hong Kong-based artist who graduated from Wesleyan University majoring in Studio Arts and Economics, and is passionate about creating sensory images that redefine aesthetics and address cultural values. Her works are collected by the M+ Museum, Valmont Foundation, Nishiji Collection and Copelouzos Family Art Museum, and she has held multiple solo and group exhibitions in Hong Kong, Beijing, Shanghai, Singapore, Paris, Rome and the US. She previously created the key images for Hong Kong Sinfonietta’s online chamber concert series “Tiny Galaxy Concerts @ Wontonmeen” and film “All-Star Tiny Galaxy @ Wontonmeen” (the closing film of the 2021 “Life is Art” film festival co-curated by Hong Kong Sinfonietta and MOViE MOViE), retelling the stories of an old Hong Kong while interweaving the timeless beauty of classical music into its fabric.

Jessica Zoob trained at Central School of Art in London and Nottingham University. She has worked exclusively as a contemporary artist since 2000, and exhibits regularly in and around London and has works in private collections worldwide. In 2015, she had a solo show in Cape Town with Southern Guild and was the featured contemporary artist at London Design Week in Chelsea Harbour. She has had major collections shown at Loughran Gallery, Rove Gallery, The Great Room at 1508 London and Medici Gallery. She has created a range of award-winning textiles called Desire in collaboration with Romo. Recent commissions include works for the entrances of The Lancasters Hyde Park, a palace in Dubai and NEO Bankside Pavilion C. Zoob is now based in Hong Kong and represented by Katie de Tilly of 10 Chancery Lane Gallery. She is a passionate environmentalist and uses her work to support ecological and humanitarian causes. 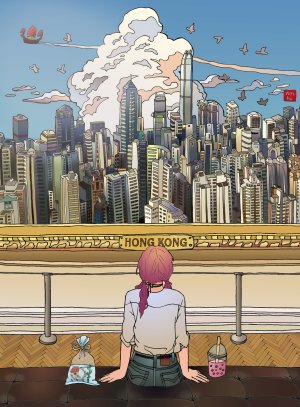 Key image of Short-cut to Classical Music: Seeing beyond the sound & notes (designed by Vivian Ho) 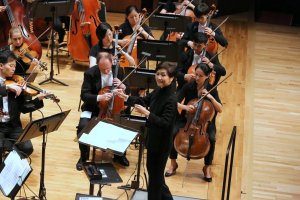 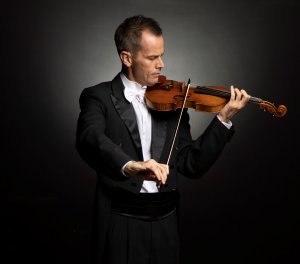 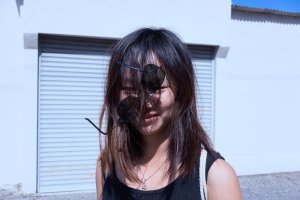 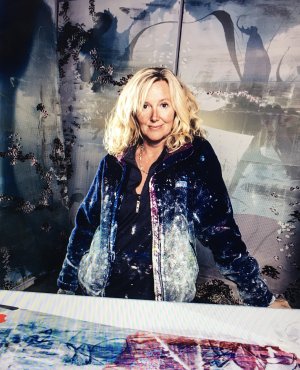