Hong Kong Sinfonietta’s Sea Interludes concert, originally to be held on 18 September 2021 (Saturday) at Hong Kong City Hall Concert Hall, has been postponed to 9 October 2021 (Saturday) at 7:30pm at the same venue, as conductor Roberto Forés Veses’ journey to Hong Kong was delayed due to the recent changes in quarantine requirements. We look forward to seeing the existing ticket holders as well as new audience members at the concert. Tickets to the concert will go on sale at URBTIX on 10 September (Friday).

About the concert
The Sea – at times bewitchingly calm and reflective, at times mercilessly tempestuous and ferocious – has long been a point of fascination and a source of inspiration for generations of composers. Set sail on an invigorating voyage with Hong Kong Sinfonietta and conductor Roberto Forés Veses at Sea Interludes, where the waves of Thomas Adès’ and Britten’s music lull you and challenge you, until they morph into the soaring silhouette of the Alps – an equally dramatic and hauntingly beautiful force of nature – in Brahms’ beloved Symphony No 1.

1) Audience members who have already purchased tickets to the concert on 18 September may attend the concert on 9 October with their existing tickets (seat numbers unchanged);

2) Audience members who have already purchased tickets to the concert on 18 September but cannot attend the concert on 9 October may apply for a refund:

3) For tickets purchased via POPTICKET, an automatic refund will be made within 10 working days to the credit card used for the payment; no refund application is necessary.

For enquiries, please contact our office at 2836 3336 (Monday to Friday 10am-6pm) or by email to ticketing@hksinfonietta.org.

From 2011 until 2021, Forés Veses was Chief Conductor and Artistic Director of the Orchestre National d’Auvergne, where he presided over a chamber orchestra tradition famous across France and internationally, and oversaw the ensemble’s elevation to France’s “national”-level orchestras. Under his directorship, the orchestra became much-in-demand as a recording orchestra, making many recordings mainly for Warner Classics and the boutique label Aparté, while launching their own label in 2019. He has led the orchestra on several international tours, including to Japan, South America and Brazil.

Forés Veses has made more than a dozen recordings, the most recently released being Beethoven’s Violin Concerto with Alena Baeva. Coming soon are Chopin’s Piano Concerto No 1 with Nicholas Angelich, Strauss’ Metamorphosen and Schoenberg’s Verklärte Nacht, Mahler’s arrangement of Schubert’s Death and the Maiden, and symphonies by Roussel, Honegger and Rivier.

Born in London in 1971, Thomas Adès studied piano at the Guildhall School of Music & Drama, and read music at King’s College, Cambridge. A prodigious composer, conductor and pianist, Adès was described by the New York Times in 2007 as one of today’s ‘most accomplished overall musicians.’

Adès’s chamber opera Powder Her Face (1995) has been performed worldwide whilst The Tempest (2004) was commissioned by London’s Royal Opera House and has since been taken up by international houses including New York’s Metropolitan Opera, where it was recorded for a Deutsche Grammophon DVD which subsequently won a Grammy Award. Adès’s third opera, after Luis Buñuel’s The Exterminating Angel, premiered at the Salzburg Festival in July 2016 before travelling to London, New York and Copenhagen.

Between 1993 and 1995, Adès was Composer in Association with the Hallé Orchestra, producing These Premises Are Alarmed for the opening of the Bridgewater Hall in 1996. Asyla (1997) was written for Sir Simon Rattle and the CBSO. In 2005 Adès premiered his Violin Concerto: Concentric Paths, for Anthony Marwood and the Chamber Orchestra of Europe, at the Berlin Festspiele and the BBC Proms. His chamber music includes two string quartets, Arcadiana (1994) and The Four Quarters (2010), a Piano Quintet (2000) and Lieux retrouvés (2009) for cello and piano.

Tevot (2007), was commissioned by the Berlin Philharmonic and Carnegie Hall whilst In Seven Days (a concerto for piano with moving image) was premiered in 2008 in London and Los Angeles. Polaris (2011) was premiered by the New World Symphony with Michael Tilson Thomas in Miami and was later choreographed to great acclaim by Crystal Pite as part of an all-Adès evening at Sadler’s Wells. Other choreographers who have worked with his music include Karole Armitage, Kim Brandstrup, Wayne McGregor and Ashley Page. Totentanz for mezzo-soprano, baritone and large orchestra was premiered at the 2013 Proms by the BBC Symphony Orchestra. Luxury Suite from Powder Her Face (2017) was commissioned by Sir Simon Rattle and the Berlin Philharmonic.

Adès has won numerous awards, including the 2015 Léonie Sonning Music Prize, the Leoš Janáček Award, and the prestigious Grawemeyer Award (2000), of which he is the youngest ever recipient. He was awarded a CBE in the 2018 Queen’s Birthday Honours. Adès was Artistic Director of the Aldeburgh Festival from 1999 to 2008 and coaches piano and chamber music annually at the International Musicians Seminar, Prussia Cove. 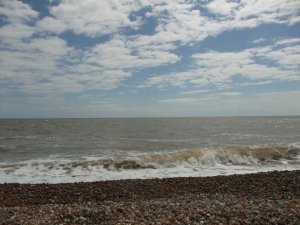 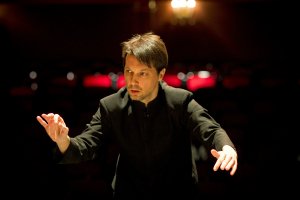