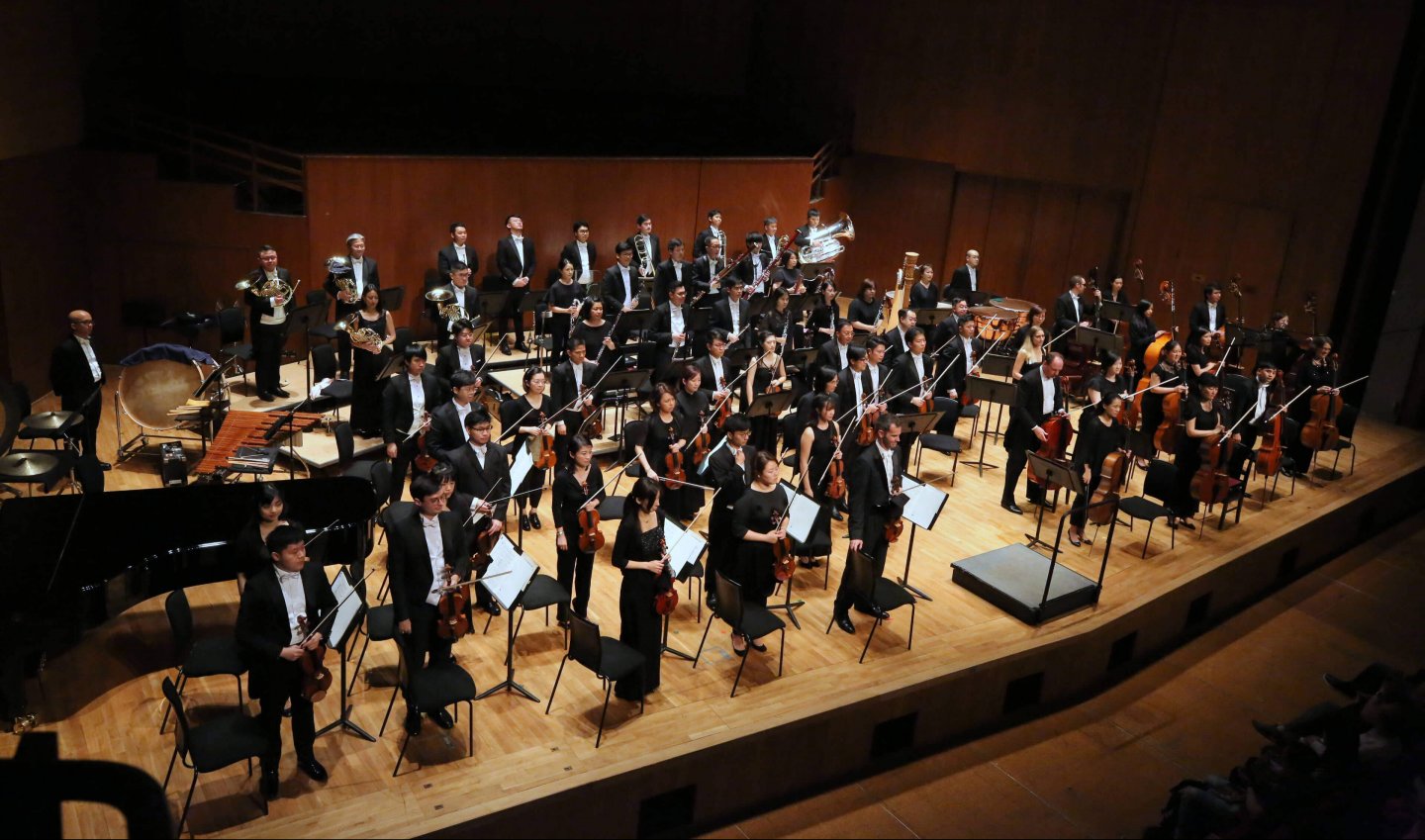 One of Hong Kong’s flagship orchestras, Hong Kong Sinfonietta has achieved significant local and international recognition for its passionate performances and innovative programming which have brought music closer to the community.

As an avid believer of keeping music alive and contemporary, Hong Kong Sinfonietta – the Venue Partner of the Hong Kong City Hall since 2009 – performs year-round with over 100 performances a season, presenting not only standard orchestral repertoire but also more than 70 newly commissioned works over the past 20 years, as well as launching in 2006 the HKS Artist Associate scheme, which provides a platform for intensive collaboration with local artists from different arts disciplines to expand the horizon of classical music.  The orchestra has enjoyed many triumphs with cross-genre productions such as A Soldier’s Story, The Passage Beyond in Concert and Pica Pica Choose, which melded dance and theatre with music to wide critical acclaim.  It also became the first local orchestra to appear on the cinema screen in 2020 with its groundbreaking Back On Stage concert film series, and in 2021 further ventured into the cinematic world by co-curating the “Life is Art” film festival with MOViE MOViE.

Always breaking down barriers between music and the general audience, Hong Kong Sinfonietta holds specially-designed concert series for different audiences and age groups, including Good Music for Babies/Kids, Know Your Classical Music, Short-cut to Classical Music and HKS McDull Music Project, and recently filmed the Tiny Galaxy Concerts online series featuring chamber music performances recorded at a fascinating hostel in Hong Kong.  The orchestra’s discography includes CDs of works by Chinese composers on HUGO, and three double-CD albums This is Classical Music on DECCA which have been awarded Platinum and Gold Records. In 2018, The Passage Beyond in Concert by Leon Ko, was released on DECCA.

Thriving on its strong local roots combined with an ambitious international vision, Hong Kong Sinfonietta has been invited to perform on tour in North America in Canada and New York City; in Brazil, Argentina and Uruguay in South America; in Europe at prestigious festivals in France including Festival International de Piano La Roque d’Anthéron and Festival de Musique Menton, in Germany at Gezeitenkonzerte Ostfriesland, at Beethoven Easter Festival in Poland, in Switzerland at Tonhalle Zürich, Geneva Victoria Hall and Fribourg, at festivals in Italy including the Festival Pianistico Internazionale di Brescia e Bergamo, in Portugal at the Marvão International Music Festival, and in Lithuania; in China at China Shanghai International Arts Festival (Expo 2010), in Beijing at the National Centre for the Performing Arts; in Japan at La Folle Journée and Asia Orchestra Week; in Korea at the Tongyeong International Music Festival and in Singapore at the Esplanade, and at National Concert Hall Taipei and National Taichung Theater.  In 2018, the orchestra organised the 1st Hong Kong International Conducting Competition, which attracted 310 applications from 49 countries/regions. The 2nd Competition will take place in March 2023.

*Hong Kong Sinfonietta was incorporated and re-organised in 1999. Founded in 1990 by a group of local musicians (Choy Kwok-tin Martin, Fung Kai-man, Goh Ching, Kwan Lap-hok, Leung Bo-kun James, Wong Wai-ming and Henry Yu), the orchestra appointed American-Chinese conductor Tsung Yeh as its first Music Director in 1999. In April 2002, Hong Kong conductor Yip Wing-sie became its Music Director as the Hong Kong Sinfonietta continues with its mission to bring music closer to the community, expanding on its vision of “investing in a cultural tomorrow”.