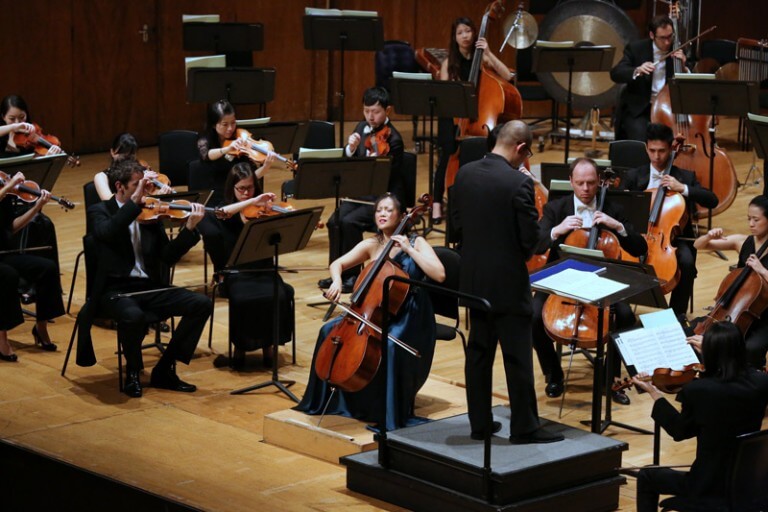 Hong Kong Sinfonietta’s Artist Associate in the 2013/2014 season, cellist Wendy Law has appeared as soloist with renowned orchestras including the New York Philharmonic, Boston Symphony, Singapore Symphony, Russian Philharmonic and Juilliard Orchestra. She has performed throughout North America, appearing in such venues as Lincoln Center’s Avery Fisher Hall and Alice Tully Hall, Weill Recital Hall at Carnegie Hall, the Kennedy Center in Washington DC and Jordan Hall in Boston. An active chamber musician, she has collaborated with the Borromeo String Quartet, Yo-Yo Ma and Pamela Frank, among others.

In 2003, Wendy Law was invited by the office of the UN Secretary General to perform at the General Assembly of the United Nations in a memorial ceremony for the UN staff and family members of those who lost their lives in the attack on the UN compound in Baghdad, Iraq. She has also been featured in New York’s Bargemusic, Chicago’s Dame Myra Hess Concert Series, and at the Caramoor and Marlboro music festivals. A regular touring artist, Law has toured with “Musicians From Marlboro” and performed in Hong Kong, Taiwan, Singapore, Argentina, Chile, Canada, France, Switzerland and Belgium. Her performances have also been broadcast on TV and radio in the USA, Japan and Hong Kong. Her recordings of Chan Hing-yan’s Enigmas of the Moon (Hong Kong Sinfonietta) and her father Law Wing-fai’s Phantasm (Russian Philharmonic) were both released on Hugo.

Wendy Law received her Bachelor of Music with Distinction from the New England Conservatory studying with Laurence Lesser, and her Master of Music and Artist Diploma from The Juilliard School, where she studied with Joel Krosnick and Tim Eddy.

In addition to her active performance schedule, she is also a Teaching Artist at the New York Philharmonic and the founder and Artistic Director of Classical Jam- a chamber ensemble that brings together acclaimed musicians with the shared mission of presenting lively, high-calibre performances to diverse audiences.
http://www.wendylaw.com
http://www.classicaljam.org