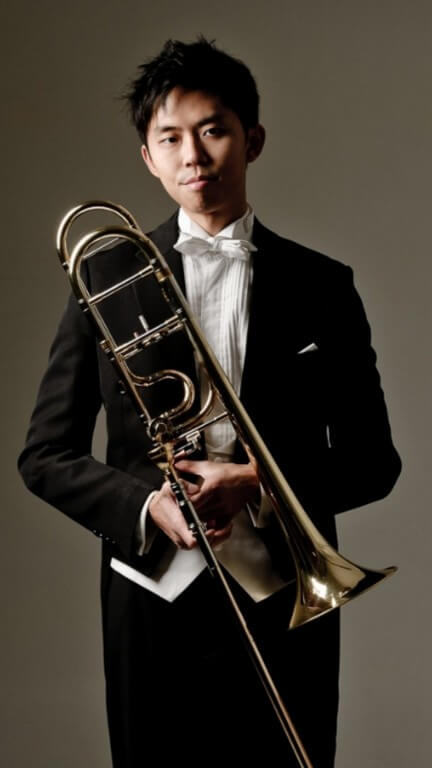 Kelvin Chan joined the Hong Kong Sinfonietta as a trombonist in 2009. He completed a bachelor’s degree at the Hong Kong Baptist University and a professional performance diploma at the Hong Kong Academy for Performing Arts. Later, Chan studied at the Cincinnati Conservatory of Music in the United States and continued his master’s and doctoral degrees. In the summer of 2013, he was selected as a fellow by the Alessi Seminar and conducted an academic discussion on the eight-day-long trombone performance at the University of Alabama. Chan is an active orchestra and soloist, often working with different orchestras such as the Hangzhou Symphony Orchestra, the Hong Kong Philharmonic Orchestra, the Macau Orchestra and the Hong Kong City Chamber Orchestra. As a soloist, he played with Gordon Jacobs’s “Trombone Concerto” and William Goldstein’s “Colloquy” in collaboration with Hong Kong Young Musicians’ Wind Orchestra.