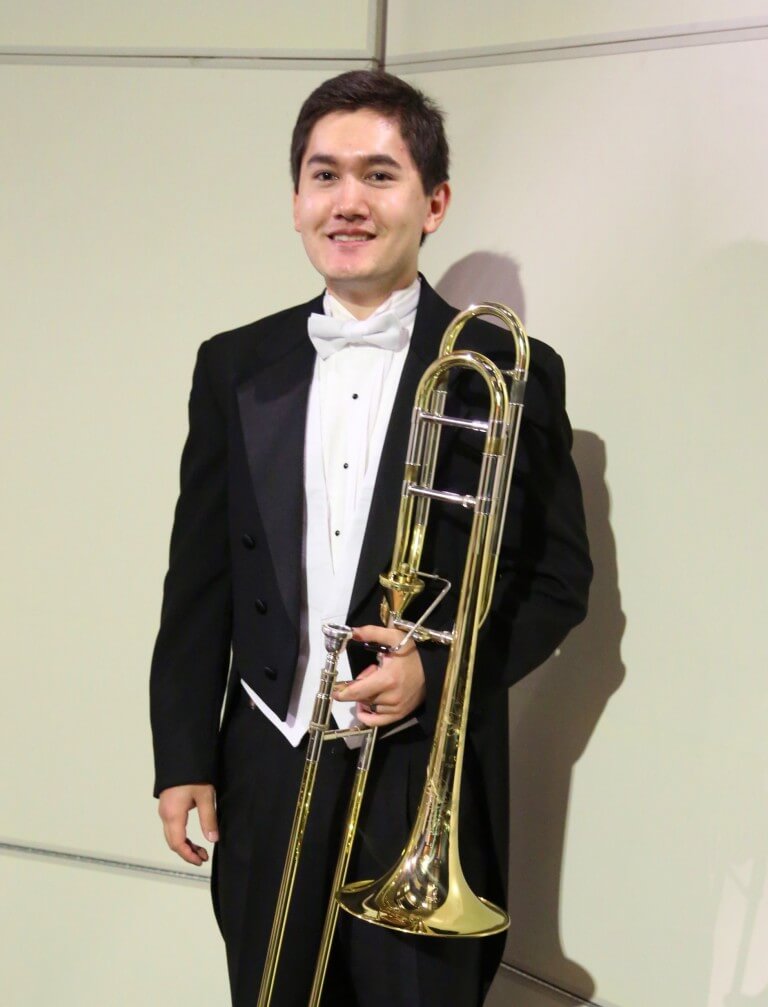 Principal Trombone of the Hong Kong Sinfonietta since 2014, Christopher Rodgers grew up in a musical family in Oxford, Mississippi, USA. He received a Bachelor of Music degree at the University of Utah, where he studied with Larry Zalkind. He then joined David Jackson’s trombone studio at the University of Michigan, where he completed Master of Music degrees in both trombone performance and chamber music performance. Previous teachers also include Donn Schaefer and Colin Williams.

Rodgers has performed frequently with the Utah Symphony Orchestra, and has given solo and chamber recitals, as well as educational performances and presentations at several schools in Utah and Michigan. In the USA, Rodgers has participated in the National Symphony Orchestra’s Summer Music Institute, the Hot Springs Music Festival, the National Brass Symposium, and the Southeast Trombone Symposium.