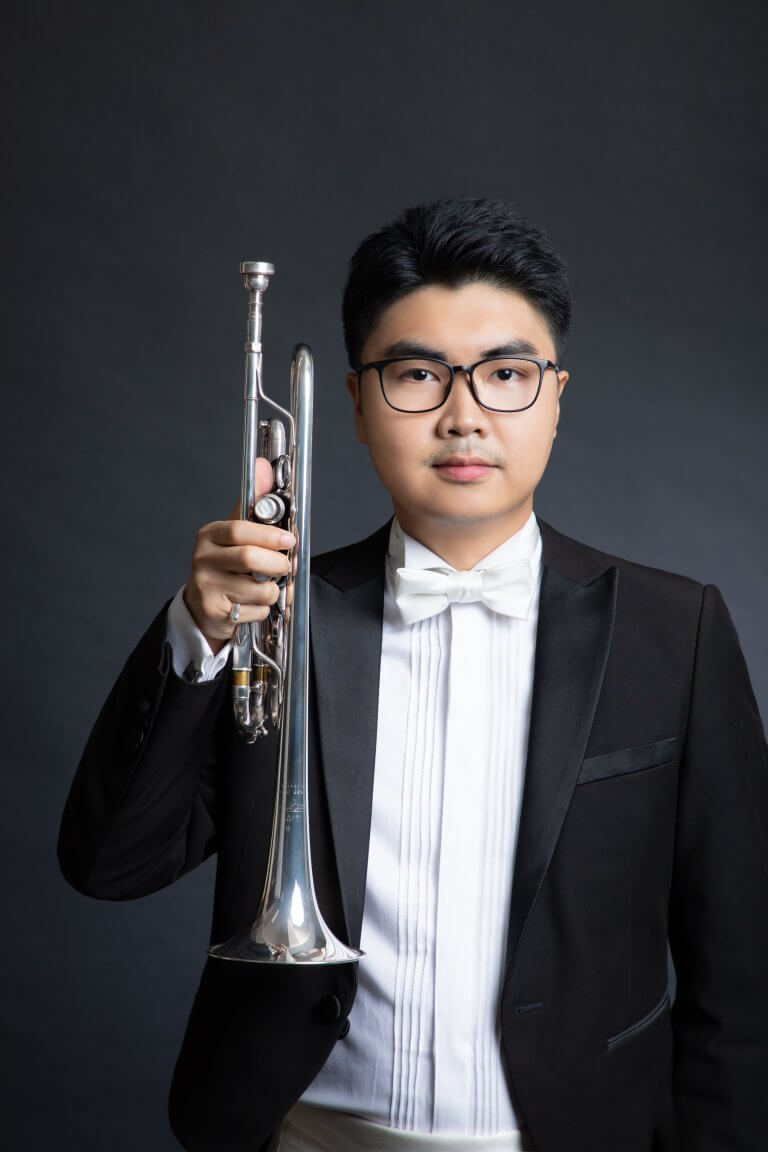 Principal Trumpet of Hong Kong Sinfonietta since 2015, Huang Shan received his Master’s degree at San Francisco Conservatory of Music under the tutelage of Mark Inouye, and Bachelor of Music (Honors) degree at Yong Siew Toh Conservatory of Music under Laurence Gargan. Scholarship winner of Aspen Music Festival and National Orchestral Institute, Huang has performed with orchestras including Singapore Symphony Orchestra, Metropolitan Festival Orchestra, Hong Kong Philharmonic and Hangzhou Philharmonic, and was the Principal Trumpet of Asian Youth Orchestra, with which he toured Asia in 2011. He recently performed as a soloist with the HKS in Shostakovich’s Piano Concerto No1. As a chamber musician, he also did a series of recitals at St Mary’s Cathedral in San Francisco.

Huang started playing trumpet when he was nine and began his professional training while studying at The Affiliated Middle School of Xinghai Conservatory under Li Yuan. He also won the Second Prize at the First Asian Pacific Trumpet Competition (International Division) in China in 2008, and the Best Trumpet prize at Brass Explosion! 2011: Pan-Asia Soloist Competition in Singapore.