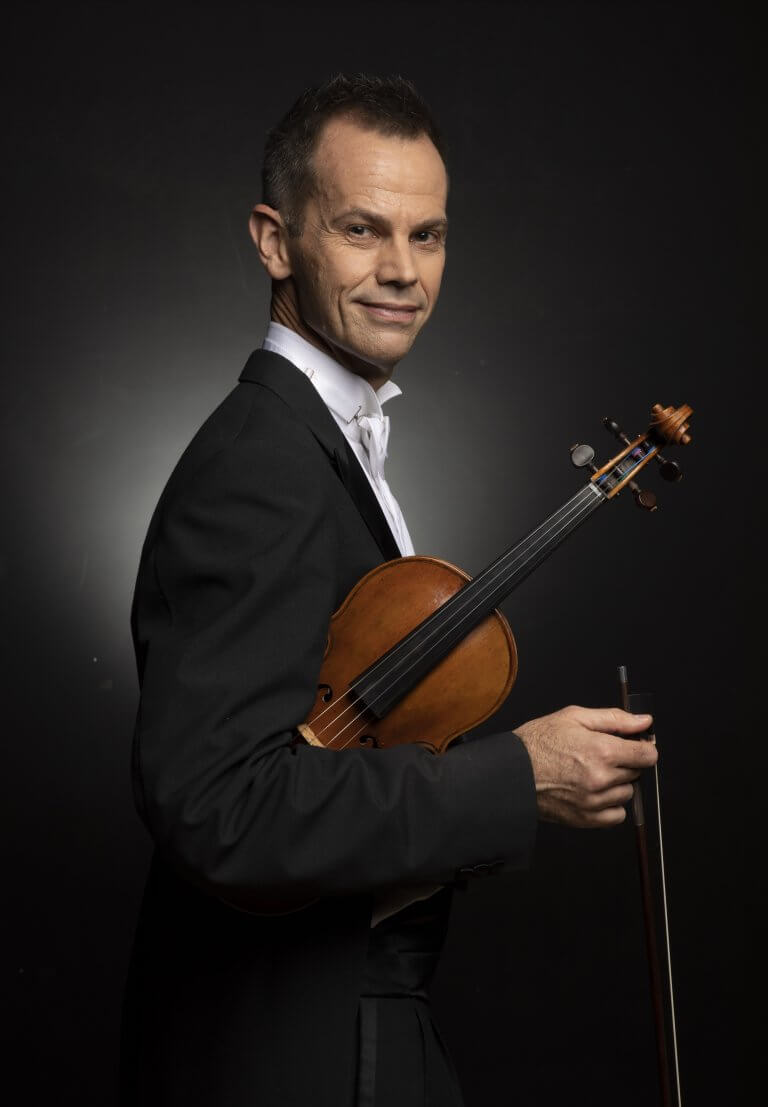 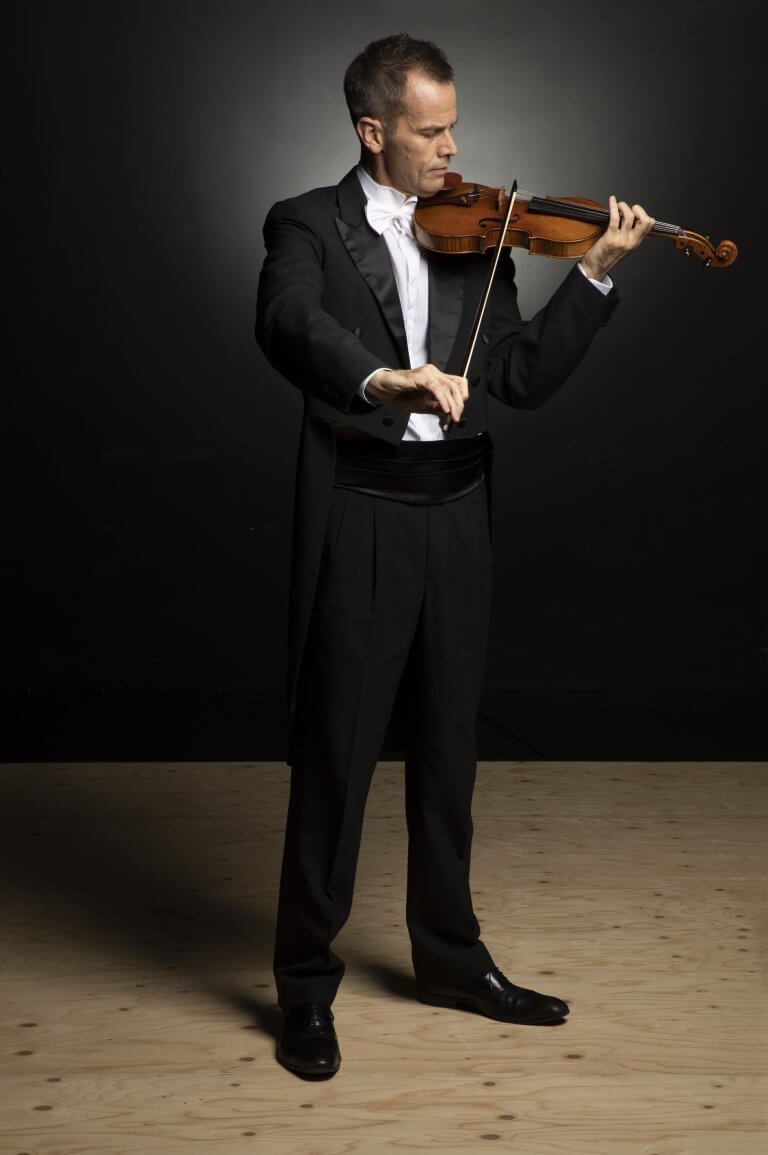 Currently Concertmaster of the Hong Kong Sinfonietta, James Cuddeford has emerged as one of Australia’s leading musicians. After commencing his musical studies at age seven, Cuddeford won a full scholarship at age 12 to study at the Yehudi Menuhin School in England. He continued his studies in performance at the Royal Northern College of Music and composition at the University of Manchester. His principal teachers were Yehudi Menuhin in violin, and Karlheinz Stockhausen and György Kurtág in composition. He has won prizes in a series of important competitions including the first prize in the 1996 Charles Hennen International Competition in Holland.

Cuddeford has performed extensively around the world as both soloist and chamber musician. He has frequently appeared at major international festivals in many of the world’s most prestigious halls. As a chamber musician, James has collaborated with artists such as John Lill, Charles Rosen, Stephen Kovacevich, Cristina Ortiz, Michael Collins, Heinz Holliger, Yehudi Menuhin, Bruno Giuranna, Pieter Wispelwey and Michel Dalberto. He has performed concertos with orchestras including the Camerata Lysy Switzerland, BBC Scottish National, Hong Kong Sinfonietta, Jena Philharmonic Germany, Queensland, Adelaide and Tasmanian Symphony Orchestras.

As a highly active and renowned interpreter of contemporary music, Cuddeford has worked with and premiered the music of many of the most important composers of our time, including violin works by Brett Dean, György Kurtág, Roger Smalley and Harrison Birtwistle. At age 15, he was the youngest finalist in the BBC Young Composer of the Year, and the following year the Queensland Philharmonic Orchestra commissioned and premiered his first major orchestral work. His compositions have also been performed, recorded and broadcast in Europe, North America and Asia by groups such as the Nash Ensemble, Australian String Quartet, Ensemble Offspring and Psappha Ensemble. His music is represented by the Australian Music Centre.

Cuddeford joined the internationally acclaimed Australian String Quartet in 1998, and has directed from the violin many orchestras in Australia, Japan and Europe. Cuddeford lectured in violin at both the Elder Conservatorium and the Australian Institute of Music, and has given masterclasses at many major institutions around the world. He has recorded for ABC Classics, Tall Poppies, Melba Recordings and Toccata Classics and plays on a violin made by Nicolò Gagliano in 1769.