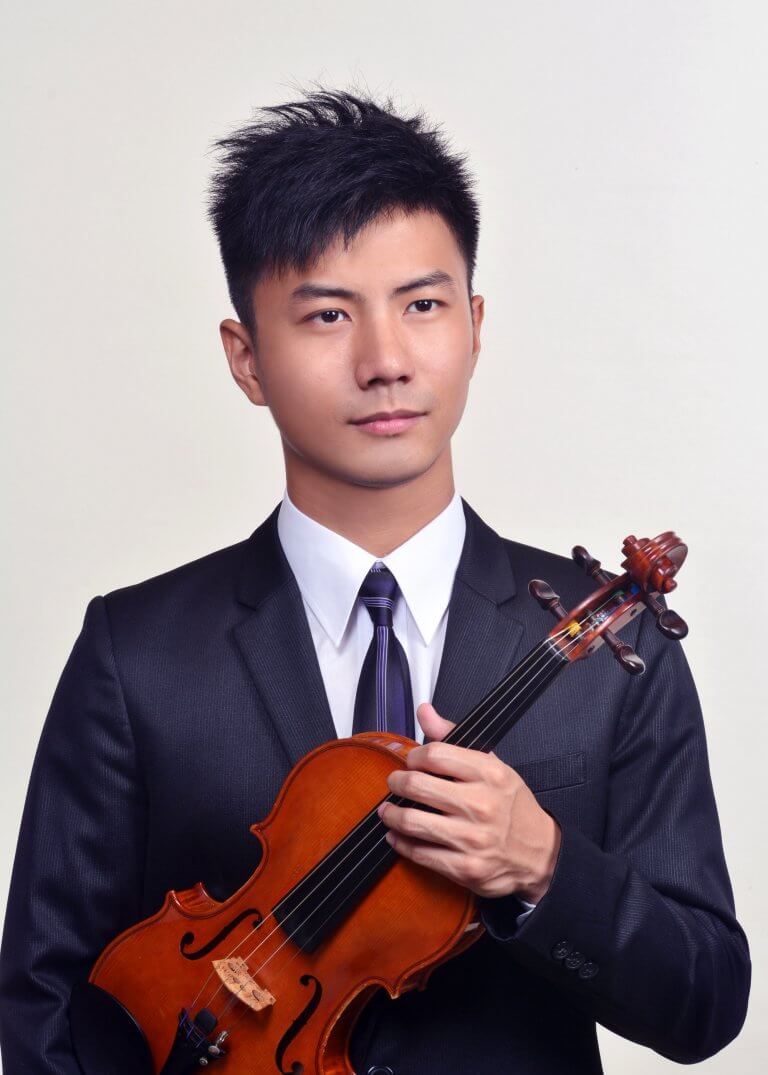 Min-yu Yang is currently a violinist at the Hong Kong Sinfonietta.

Yang received First Prize at the 12th Taiwan Academy of Strings International Violin Competition, as well as the Second and Audience Prize at the 2016 Salut Taiwan Strings Competition.

Yang can be found performing recitals or concertos at many auditoriums throughout Asia, such as the National Concert Hall, Luzhou KHS Concert Hall, Tainan Cultural Center in Taiwan, Cultural Center and St Dominic Church in Macau, with ensembles such as the Taiwan Strings, National Symphony of Taiwan, and the Macau Strings Association. Yang was invited to perform the Tchaikovsky Violin Concerto with the Cleveland Suburban Symphony Orchestra in 2014, conducted by Martin Kessler.

As a passionate teacher, Yang gives frequent masterclasses in Macau and Taiwan, and was invited to work as violin instructor at the intensive summer music programme at the Stella Matutina Girls’ High School in 2017.