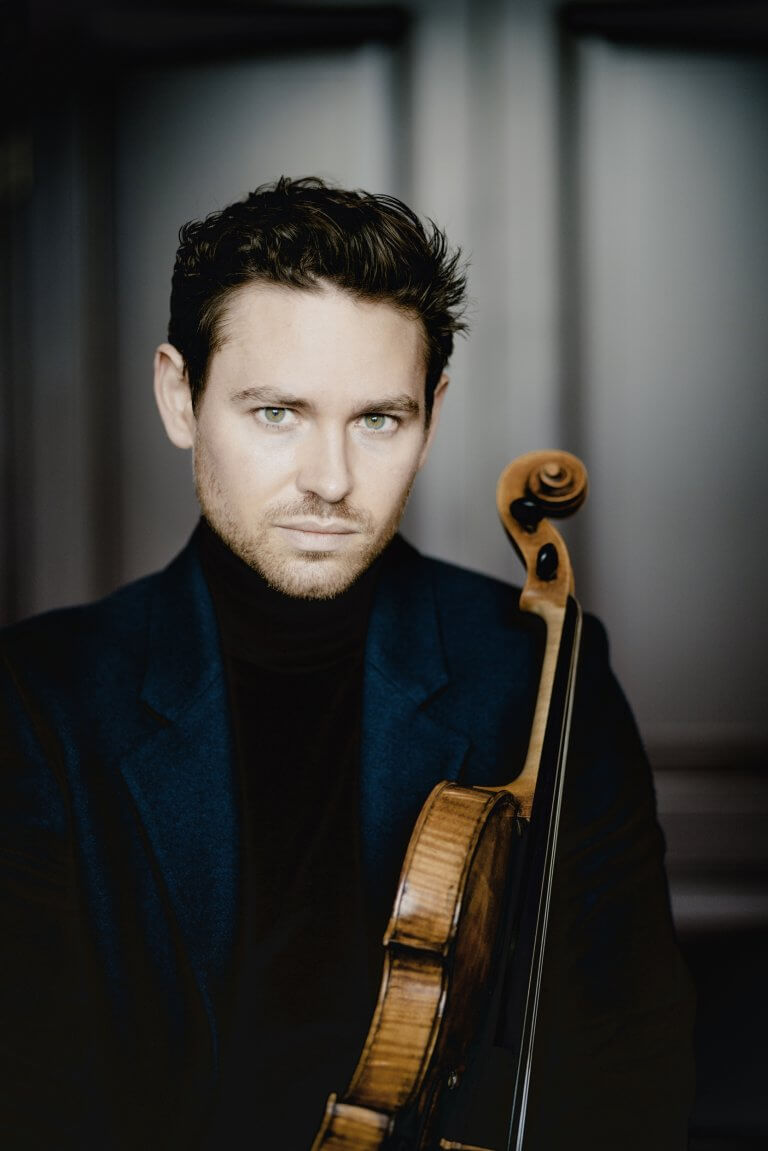 Hailed by The Financial Times as “a truly pure talent” and described by Le Monde as “a new viola hero”, Adrien La Marca’s playing is characterised by its depth of expression, technical mastery and a rich, deep, burnished tone. Gifted with a charismatic stage presence and the ability to create an immediate emotional connection with his audience, La Marca is considered one of today’s most compelling musicians.

Released in 2016 on the label La Dolce Volta, La Marca’s first album English Delight has received critical acclaim from The Strad, Gramophone, Strings Magazine, Le Monde, Le Figaro, Diapason, Classica etc, and was awarded the Diapason d’Or, ffff Télérama, Coup de Coeur FNAC, as well as named Editor’s Choice on Gramophone. His latest recording projects include the Walton Viola Concerto with Orchestre Philharmonique Royal de Liège, a world première of Gwenaël Mario Grisi’s Viola Concerto written for him, and Prokofiev’s Romeo and Juliet – which is the first time the work has been recorded for solo viola and orchestra.

Born in Aix-en-Provence, France in 1989 to a family of musicians, La Marca began playing the piano and viola at the age of four. He entered the Paris Conservatoire at 16 and studied with Jean Sulem. He completed his studies in Leipzig with Tatjana Masurenko and further in Berlin with Tabea Zimmermann. During his studies, he was regularly invited to take part in different musical academies and had the opportunity to work with inspiring musicians including Seiji Ozawa, Valery Gergiev, Gidon Kremer, András Schiff and Menahem Pressler. He has won numerous prizes in international competitions including the William Primrose Competition, Lionel Tertis Competition and Johannes Brahms Competition. In 2016, La Marca was the first classical musician to receive a grant from the prestigious Fondation Jean-Luc Lagardère. He is also supported by Fondation Banque Populaire, L’Or du Rhin and the Safran Foundation.

​La Marca plays an outstanding viola by Nicola Bergonzi made in Cremona in 1780, on generous loan from the Boubo-Music Foundation.