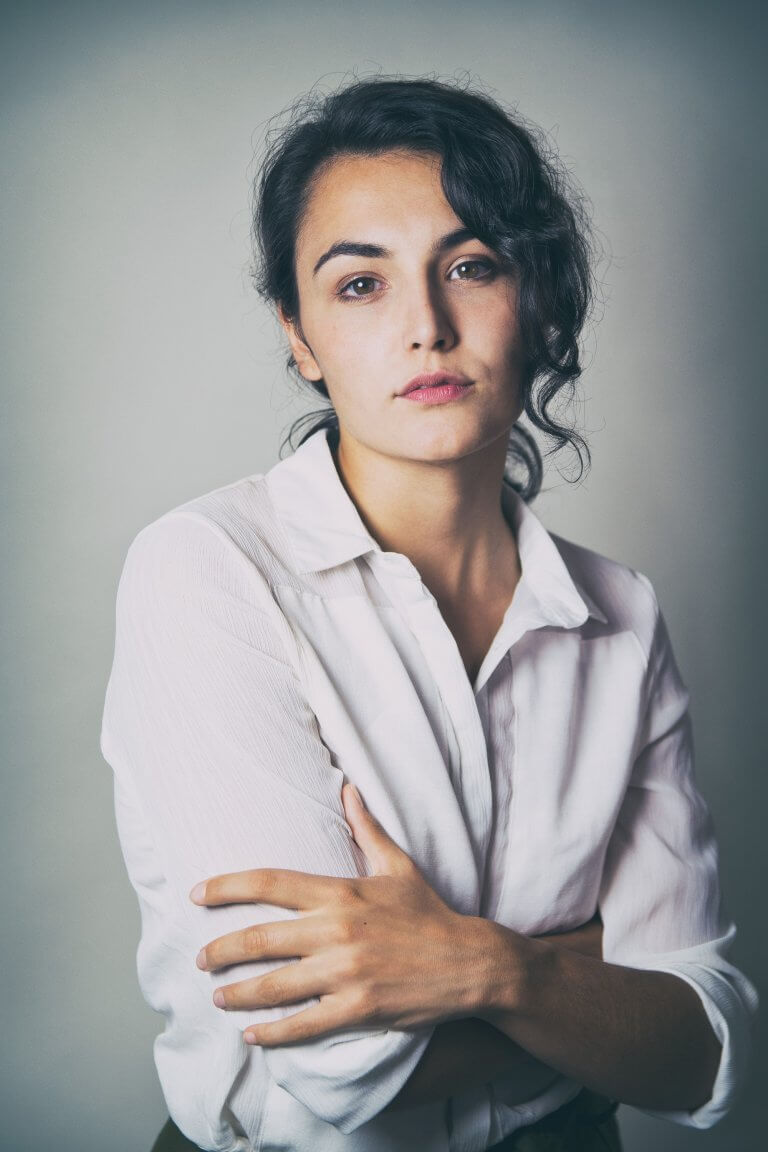 German-Italian born mezzo-soprano Anna-Doris Capitelli is currently part of the renowned ‘Accademia Teatro alla Scala’ in Milan. Just recently she was awarded second place at the international Leyla Gencer Competition 2018 in Istanbul. Furthermore, she was able to secure the second place at the Bundeswettbewerb Gesang in Berlin. Critics often praise Anna-Doris’ warmth in her voice (operaclick) and her coloratura-virtuosity (L’ape musicale). She received multiple scholarships from various institutions such as the Cusanuswerks e.V., Live Music Now Hannover e.V. as well as of the Anja Fichte Stiftung, the Edelhof Stiftung and of the Walter und Charlotte Hamel Stiftung.

At her debut at the Milan Scala in 2017, she won the audience over in her performance as Hänsel in Humberdinck’s opera ‘Hänsel und Gretel’ which was the premiere in German. At the Scala, Capitelli also performed the Rosina (Barbiere di Siviglia), Tisbe (La Cenerentola), Dryade (Ariadne) and Ida (Fledermaus, Premiere at the Scala).

Besides, the young singer also has had guest performances at the Staatsoper Hannover (Giannetta, Elisir d’amore), Staatsoper Braunschweig (Bridget Booth, The Crucible) and at the Theater Hagen (Jakob, Gold!).

At a young age, Anna-Doris has already begun to give recitals and concerts with orchestras that gave her the wonderful opportunities to perform internationally in numerous cities and countries such as Japan, Brussels, Paris, South Africa and Portugal.

She has sung multiple times at the International Music Festival in Marvão, Portugal. And under the direction of Christoph Poppen, she was singing with Juliane Banse and the Cologne Chamber-Orchestra as well as with the Hugo Wolf Quartet (Vienna).

Her frequent appearances in recitals demonstrate her great passion for chamber music. Together with Jan Phillipp Schulze, she performed at the Hitzacker Music-days in 2016 in honor of Aribert Reimanns. In addition, Anna-Doris has also worked with renowned conductors like such as Marc Albrecht, Giovanni Antonini, Diego Fasolis, Cornelius Meister, Chun Myung-Wung und Christoph Poppen.

She was trained at the ‘Hochschule für Musik Theater und Medien’ in Hanover by Professor Sabine Ritterbusch where she received her Bachelor in 2016.

Since then, she is a student of professor Marina Sandel, also at the University in Hanover. Master classes under the directions of Renato Bruson, Luciana D’Intino, Brigitte Fassbaender, Christiane Iven and Eva Mei stimulated Capitelli’s creative work.

On an exciting note, her first CD recording of the opera ‘Elena’ by Giovanni Simone Mayr (first recording) will be released at Naxos in 2020.