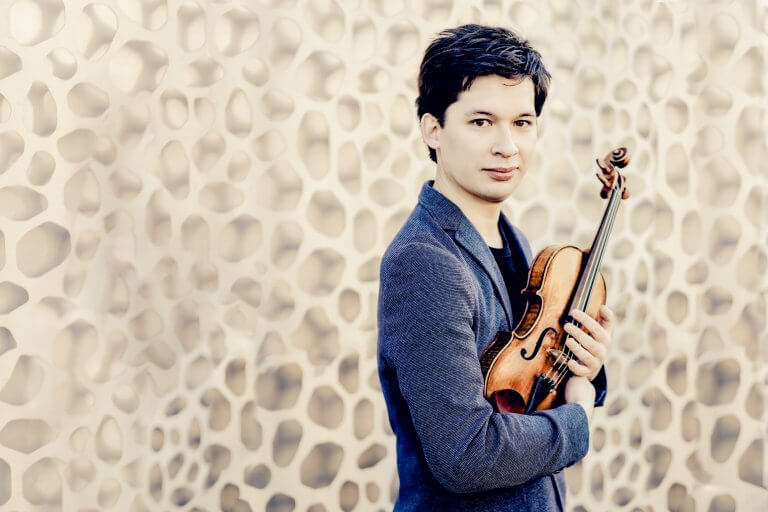 Russian violinist Aylen Pritchin has, in recent years, firmly established himself as one of the most interesting and versatile rising stars on the international concert stage. First Prize winner of the 2014 Long-Thibaud International Competition, he has also won prizes at the Wieniawski, Tchaikovsky, Sion-Valais, Kreisler and Oistrakh international violin competitions.

In 2017, the Russian label Melodiya published Pritchin’s third album dedicated to Prokofiev´s works for violin and piano with Yury Favorin. Two other albums include Russian repertoire for violin and piano trio with Lukas Geniušas and Alexander Buzlov. In 2019, Ad Vitam Records released a violin solo CD with some of the most important works of the 20th century, including the first ever edition of Tema con 8 Variazioni by Jean Françaix. In 2021, Pritchin and Maxim Emelyanychev’s album dedicated to the Brahms Violin Sonatas and recorded on period instruments was released on Aparté and received glowing reviews. Debussy – Hahn – Stravinsky, a new CD with Lukas Geniušas, will be released in 2022 on Mirare.

Born in St Petersburg, Pritchin studied with Elena Zaitseva in his hometown and with Eduard Grach at the prestigious Tchaikovsky Conservatory in Moscow. He is currently teaching at the Royal Conservatoire Antwerp and Robert Schumann Hochschule in Düsseldorf.