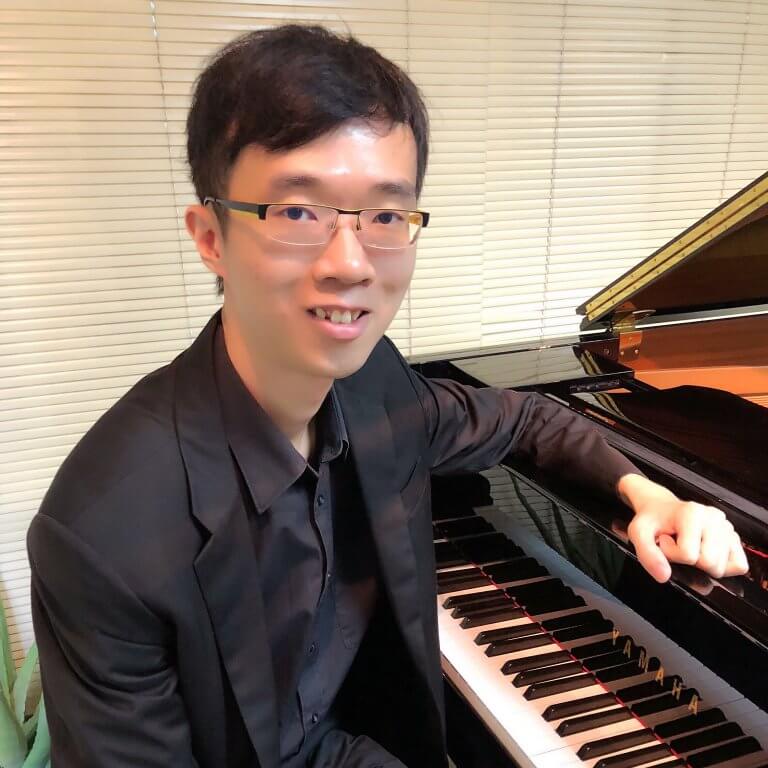 Born and raised in Hong Kong, Bob Hui Wing-hang began his musical career with his first piano lessons taught by his father Hui Chung-fat. He was awarded many prizes in the Hong Kong Schools Music Festival in his early teens. Later he studied with his brother Mark Hui Wing-chun and attained the Licentiate of Trinity College London in piano performance with Distinction. While studying at the Hong Kong Academy for Performing Arts, Hui took piano lessons with Dr Amy Sze as his minor study. He was also an active collaborative pianist with his colleagues, performing in numerous department concerts and masterclasses.

In addition, Hui completed his studies in the “King of the Instruments” Pipe Organ Education Series held by the Hong Kong Cultural Centre, where he performed on the grand concert organ. He is studying pipe organ with Dr Simon Chan.

Graduating from the Hong Kong Academy for Performing Arts, Hui obtained his Bachelor of Music (Honours) degree with First Class Honours in flute performance. Currently, he performs as a regular freelancer with the Hong Kong Philharmonic Orchestra and the Hong Kong Sinfonietta. He is also a dedicated flute and piano tutor, an active collaborative pianist, as well as a music arranger.