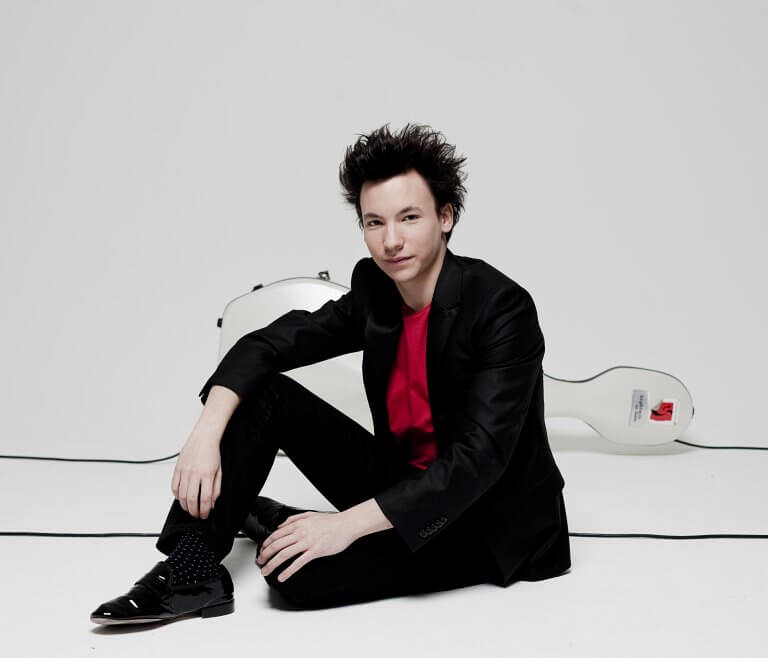 Cellist Edgar Moreau won First Prize in the 2014 Young Concert Artists International Auditions, and was awarded six Special Prizes at the age of 17 after capturing Second Prize and the prize for “Best Performance of the Commissioned Work” at the International Tchaikovsky Competition held in Moscow in 2011, under the chairmanship of Valery Gergiev. He was named the “Most Promising Contestant” at the Rostropovich Cello Competition in Paris in 2009, a “Classical Revelation” of the Adami in 2013, as well as “New Talent of the Year” and “Instrumental Soloist of the Year” at the French Victoires de la Musique in 2013 and 2015 respectively. Other awards received include the Academie Maurice Ravel Prize in 2011 and the French-Speaking Public Radios Young Musician Prize in 2013.

Born in Paris in 1994, Edgar Moreau began playing the cello at the age of four and the piano at six. From 2008 to 2013, he studied with Philippe Muller at the Conservatoire National Supérieur de Paris, and he currently studies with Frans Helmerson at the Kronberg Academy. He has taken part in masterclasses with such eminent cellists as Gary Hoffman, Lynn Harrell and David Geringas, and has participated in many academies including the Verbier Festival Academy and Kronberg Academy’s Chamber Music Connects the World Project with Gidon Kremer, Yuri Bashmet and András Schiff. As a Warner Classics exclusive artist, his first album Play – Works for Cello and Piano was released in 2014. His follow-up album, Giovincello, presents 18th-century cello concertos recorded with the Italian Baroque ensemble Il Pomo d’Oro. Other releases include a duo recital with David Kadouch around Franck, Poulenc and Strohl, and the Offenbach and Gulda cello concertos with Les Forces Majeures and Raphaël Merlin.