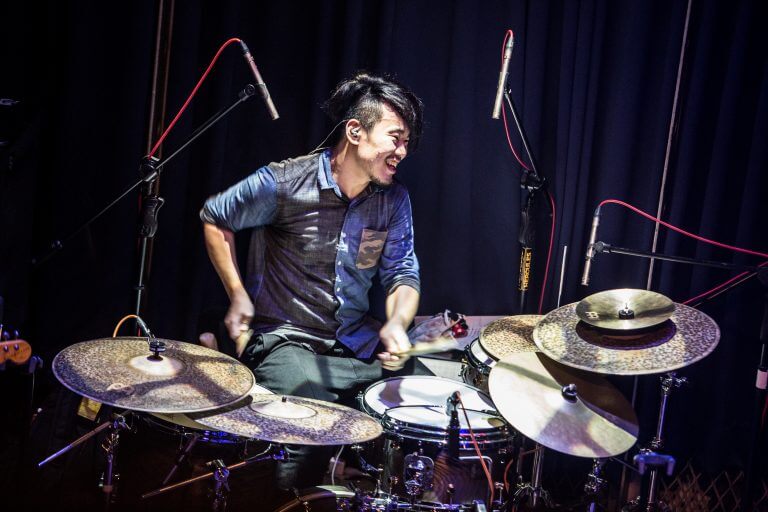 Based in Hong Kong, Fish Huang studied at Berklee College of Music and has appeared at major music festivals and concerts in China, the USA, Singapore, Taiwan, Hong Kong and Macau. He has performed in Taiwan extensively since 2005 and became a member of the rock band 831 in 2012. Huang has also emerged as an active jazz musician in recent years. He formed his jazz trio The Beat Brothers in 2014 and released its début album in the following year. He is currently an endorsed artist for Canopus Drums.