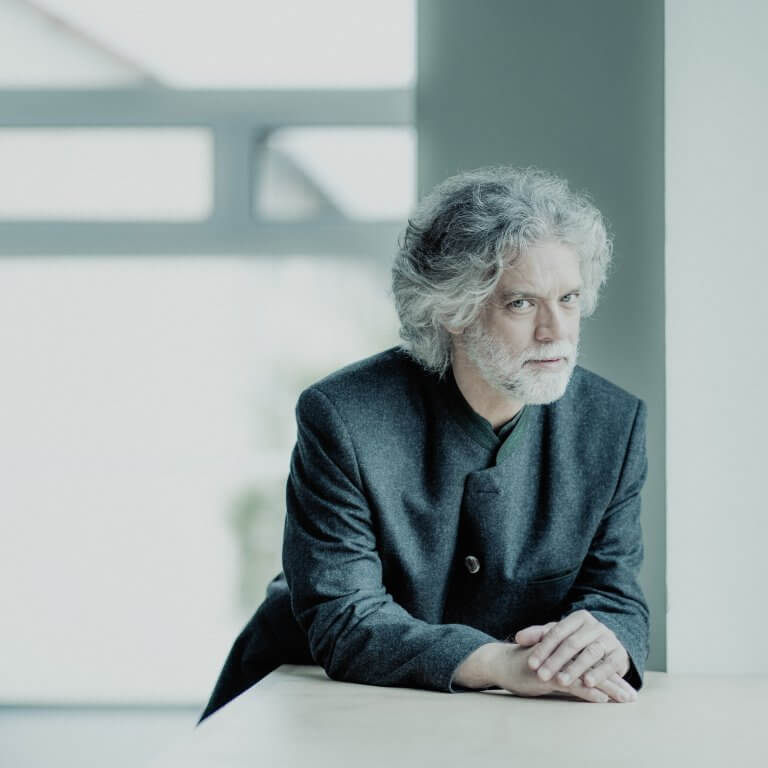 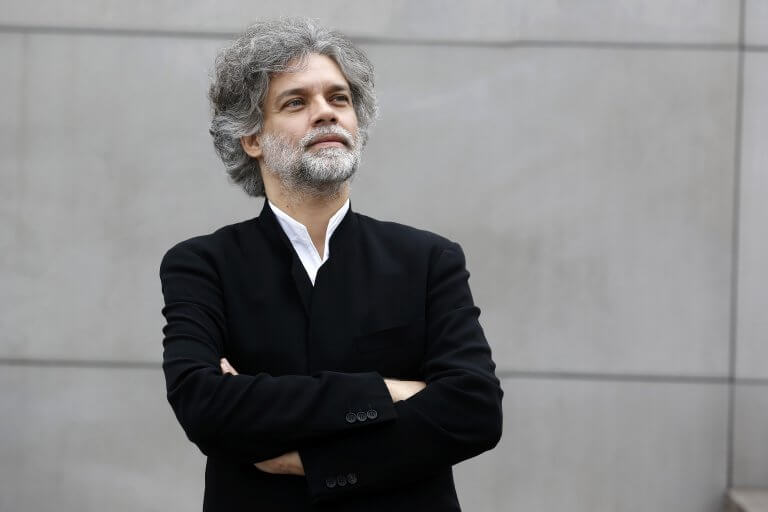 François-Frédéric Guy is widely regarded first and foremost as an outstanding interpreter of the German Romantics and their forebears. His unrivalled ability to create musical structure in sound is especially evident in his interpretations of Beethoven, which bring to life his profound and ongoing dialogue with the composer. His acclaimed performances of Beethoven’s cycle of 32 piano sonatas have already taken him to Tokyo, Seoul, Washington, Paris, Rio de Janeiro, Monte Carlo, Norwich, Metz, and Buenos Aires.

Guy has a special affinity for the music of Bartók, Brahms, Liszt and Prokofiev, as well as a strong commitment to contemporary music. He has close ties to composers including Ivan Fedele, Marc Monnet, Gérard Pesson, Bruno Mantovani and Hugues Dufourt. Guy has given the première of works such as Mantovani’s Double Concerto (2012), which he performed with the Orquestra Sinfónica do Porto Casa da Música, Orchestre National du Capitole de Toulouse and the BBC Symphony Orchestra. In 2013, he gave the South Korean première of Tristan Murail’s Le Désenchantement du Monde with the Seoul Philharmonic Orchestra. As a result of this successful collaboration, the world première of another new piano concerto by Tristan Murail took place in February 2022 with the Orchestre Philharmonique de Radio France in Paris, followed by performances with the BBC Symphony Orchestra in London, and the NHK Symphony Orchestra in Tokyo. He also performed Liszt’s Totentanz with the Bavarian Radio Symphony Orchestra under Philippe Jordan, while further invitations took him to the Orchestre National de Lille and the Orchestre Philharmonique de Strasbourg.

Conducting from the piano, Guy works frequently with the Sinfonia Varsovia. From 2017 to 2020, he was Artist in Residence with the Orchestre de Chambre de Paris with a special focus on Beethoven’s works. In the dual role as soloist and conductor, he not only regularly performs works by Mozart, Beethoven, Chopin and Brahms, but also gave the world première of Aurélien Dumont’s piano concerto Écoumène. Guest appearances have taken him to the Orchestre Philharmonique Royal de Liège, Orquesta Sinfónica de Tenerife and Orchestre National des Pays de la Loire.

Guy has been a guest of orchestras such as the Philharmonia Orchestra, Munich Philharmonic, Vienna Symphony, Orchestre de Paris, Orchestre de la Suisse Romande, and Tonhalle-Orchester Zürich. He has collaborated with world-famous conductors including Esa-Pekka Salonen, Kazushi Ono, Marc Albrecht, Daniel Harding, Neeme Järvi, Michael Tilson Thomas, Gustavo Gimeno, Michael Sanderling and Kent Nagano. In recital, he has performed at major concert halls in cities such as London, Milan, Berlin, Munich, Moscow, Paris, Vienna and Washington, and at festivals including the Chopin Festival in Warsaw, Beethovenfest Bonn, Printemps des Arts de Monte-Carlo and the Cheltenham Festival. He has also accepted invitations to the piano festivals in La Roque d’Anthéron and Vilnius, and makes guest appearances at the Musikverein Vienna, Muziekgebouw Amsterdam, Théâtre des Champs-Élysées and Arsenal Metz, among others.

At the heart of his discography is the complete recording of Beethoven’s sonatas on the Zig-Zag Territoires label, which had already released his highly acclaimed Liszt album, Harmonies Poétiques et Religieuses. To kick off the “Beethoven Year 2020”, the complete recording of the Beethoven Piano Concertos under Guy’s overall direction with the Sinfonia Varsovia was released. With his regular chamber music partners Xavier Phillips and Tedi Papavrami, he recorded critically acclaimed recordings of the Beethoven cello and violin sonatas. His 2017 album of Brahms’ three piano sonatas was followed in the spring of 2021 by a recording of Brahms’ viola sonatas and trio together with Miguel da Silva and Xavier Phillips. In the field of contemporary music, he also presented his recording of Marc Monnet’s piano cycle En Pièces in early 2021.