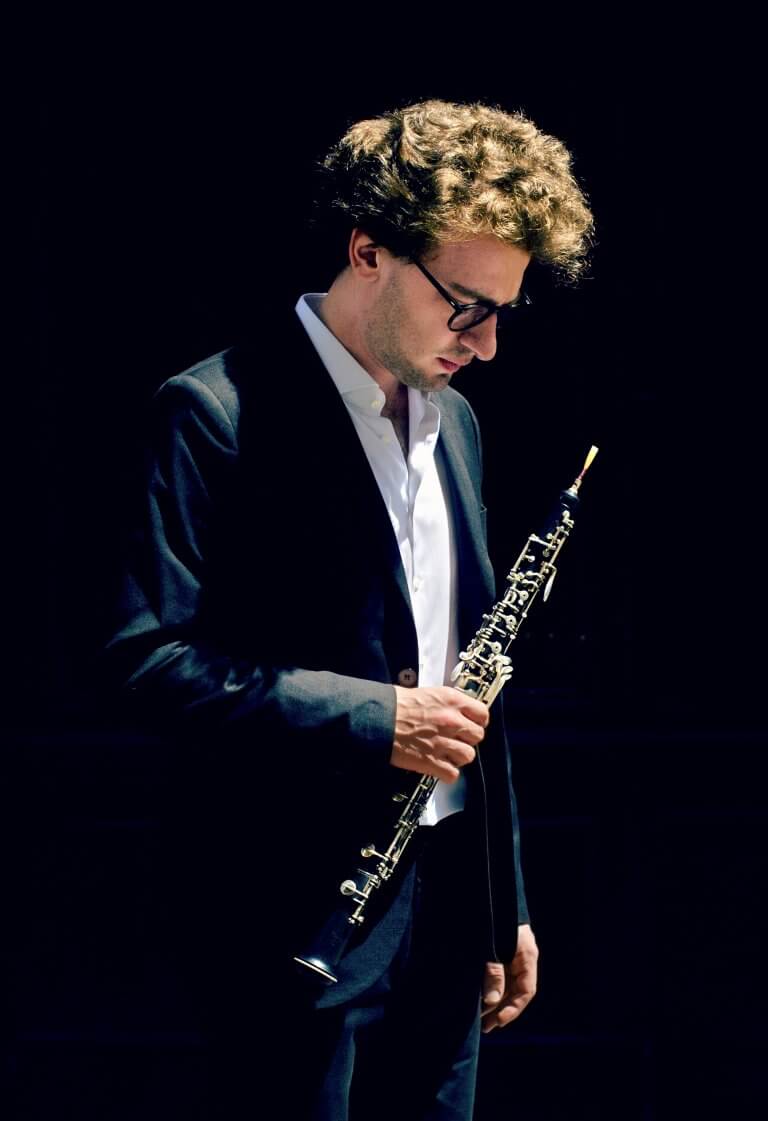 A violinist until he was 7 years old, Gabriel Pidoux decided one day to switch to the oboe and to finally “escape” from the family tradition of stringed instruments. He started playing the oboe with Hélène Devilleneuve, studied at the Conservatoire National Supérieur de Musique in Paris in the classes of Jacques Tys and David Walter, and in Munich with François Leleux. Winner of the Second Prize at the Prague Spring International Music Competition in 2019, Pidoux received the prestigious “Révélation soliste instrumental” award at the French Victoires de la Musique Classique 2020. During his studies, he was also a laureate of several competitions including the Michał Spisak International Music Competition, Fernand Gillet-Hugo Fox International Competition by the International Double Reed Society, Be The ONE Competition etc, and has participated in many academies with renowned teachers such as Jean-Louis Capezzali and Maurice Bourgue.

Curious and interested in the history of his instrument, Pidoux has also perfected his studies on the ancient oboe with Antoine Torunczyk, and co-founded the Ensemble Sarbacanes, specialising in music for period wind instruments, which was selected by the EEEMERGING+ programme to perform in many European festivals.

In the course of projects which have taken him from Ljubljana to London via Poland and Spain, Pidoux has had the opportunity to perform as a soloist with the Orchestre des Pays de Savoie, RTV Slovenia Symphony Orchestra, Chamber Orchestra of the Prague Symphony Orchestra etc, and within ensembles such as Gli Incogniti, La Fenice and Le Cercle de l’Harmonie. He has performed in numerous festivals, notably at La Folle Journée de Nantes live on Arte, in Salon-de-Provence alongside Emmanuel Pahud, Gilbert Audin, Paul Meyer, David Guerrier and Benoît de Barsony, at Festival de la Vézère, and Festival Radio France Occitanie Montpellier.

Pidoux’s first CD “Romance” – dedicated to the Romantic repertoire with pianist Jorge González Buajasan – was released by Alpha Classics in February 2022. He recently recorded Mozart’s Sinfonia Concertante for Four Winds with the Vienna Symphony Orchestra under the direction of Thomas Zehetmair, and made his début with the Mozarteumorchester Salzburg, recording with them the Mozart Oboe Concerto K314 thanks to the support of the Orpheum Foundation.