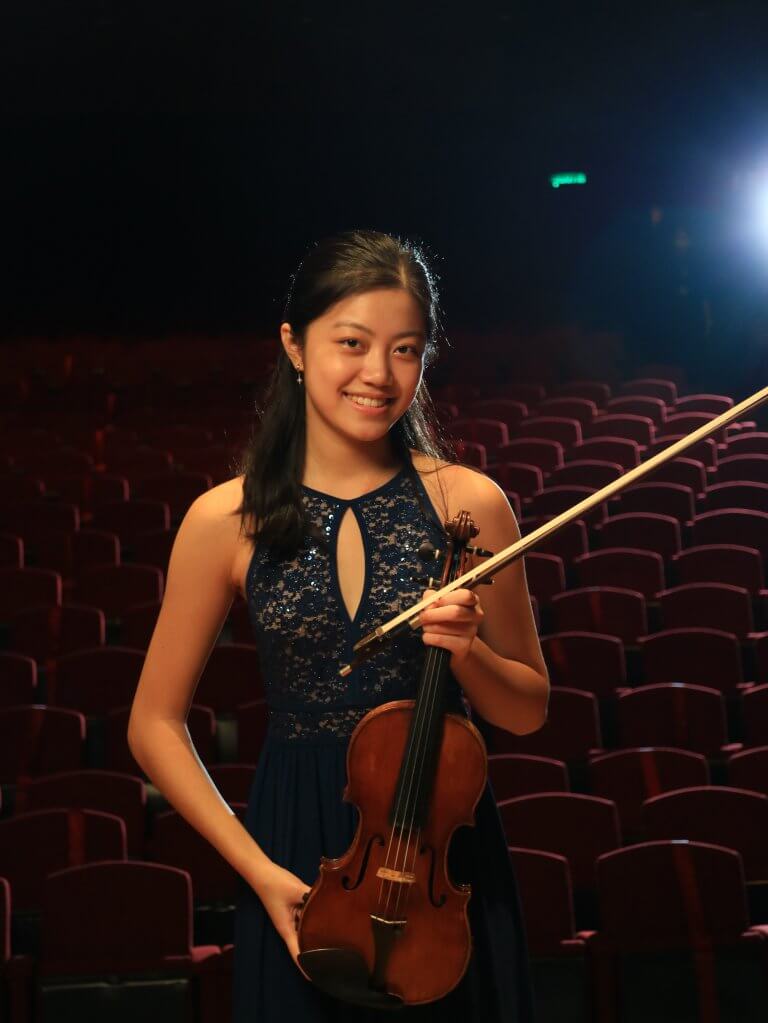 Hailed by The Strad for her “amazing conviction and variety of tone”, 16-year-old Hannah Tam has garnered distinctive international accolades, including the Third Prize and Audience Prize at the Menuhin International Competition Junior Division 2021, the Audience Prize at “Mini Violin” of the Concours Musical International de Montréal 2019 where she was the only awardee, the Memorial Performance Award at the Kuhmo Chamber Music Festival, First Prize and Overall Winner of Concorso Postacchini in Italy, amongst others.

Tam has performed as a soloist and chamber musician in Japan, Finland, Italy, Germany, Austria, the Czech Republic, Canada and the US, appearing in prestigious venues such as Suntory Hall in Tokyo, and festivals such as Kuhmo Chamber Music Festival in Finland and La Jolla Music Festival in San Diego.  Her concerto début at age 10 with the Virtuosi Italiani Chamber Orchestra in Verona was immediately followed by an invitation from the renowned cellist Trey Lee to appear with him as a double concerto soloist at the Musicus Fest, concerto soloist with the Chamber Orchestra of Musici de Montréal under Cho Liang Lin, as well as a concerto appearance with the Hong Kong Philharmonic Orchestra under Nicholas Carter. Recently, she performed as a soloist with Musicus Fest Chamber Orchestra and the Inheritage Philharmonic Orchestra.  She has performed chamber music with great masters such as Gil Shaham, Cho Liang Lin and Vladimir Mendelssohn. In 2020, she was awarded The Certificate of Commendation by the Hong Kong SAR Government.

Since age 12, Tam has been studying with Ida Kavafian at the Curtis Institute of Music under the Demeng Charity Foundation Fellowship.  She is also a recipient of the Hong Kong Jockey Club Music and Dance Fund Scholarship. Previously, she studied with Michael Ma, Maria Jee and Chan Kwok Wai at the Hong Kong Academy for Performing Arts Junior Music Program, and Warren Lee at the St Paul’s Co-educational College and Primary School.

Tam plays on the G B Guadagnini Torino 1778 ex Blavet kindly on loan by Alfredo Primavera.