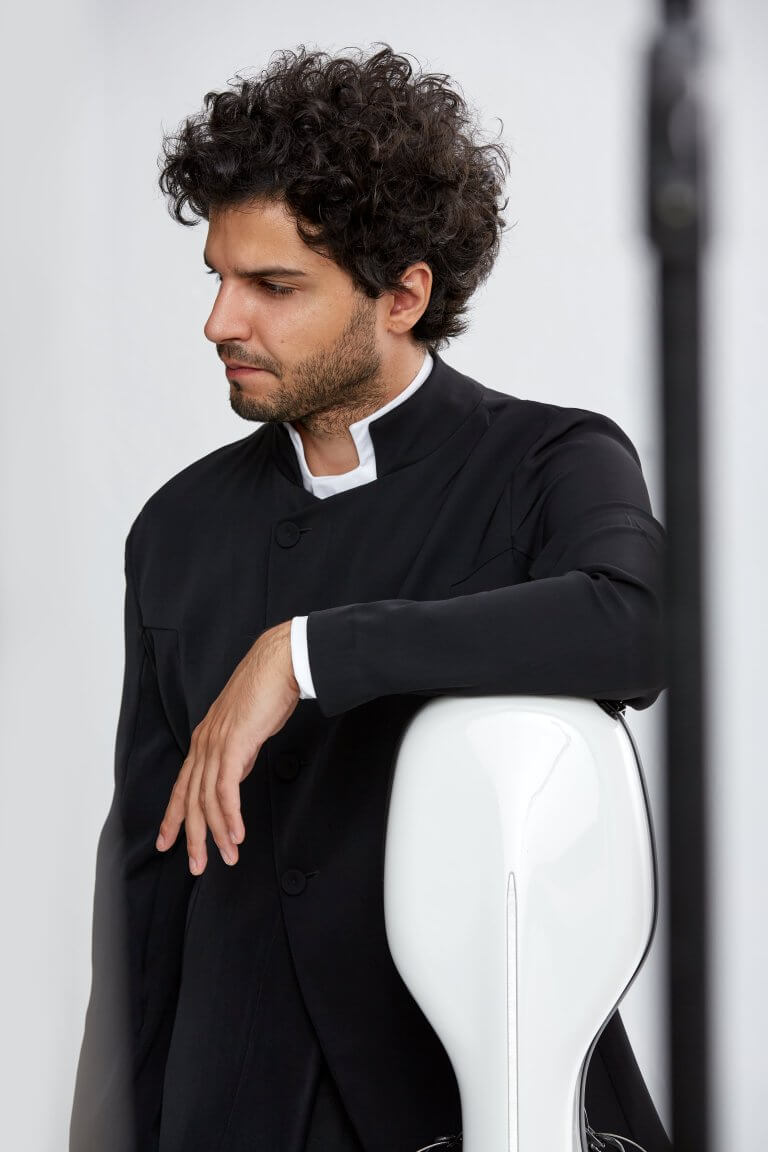 In 2017, Aliyev made his solo début at the BBC Proms with the BBC Concert Orchestra at the Royal Albert Hall, performing for the celebrated film music composer John Williams’ 85th birthday. In the same year, he won “The Arts Club – Sir Karl Jenkins Music Award” and released his début CD Russian Masters with pianist Anna Fedorova for Champs Hill Records to critical acclaim. Other solo appearances include playing with the Royal Philharmonic Orchestra, Royal Northern Sinfonia, Kennemer Jeugd Orkest and Bilkent Symphony Orchestra, among many others. He also performs frequently in Turkey with the Istanbul, İzmir, Bursa, Eskisehir and Mersin symphony orchestras, and greatly values the opportunity to collaborate with local musicians, and promote his work through the online release of traditional folk and classical music performances.

This season Aliyev debuts in Hong Kong, Australia and the USA, and records albums with celebrated Turkish pianist and composer Fazıl Say and the Vienna Radio Symphony Orchestra conducted by Howard Griffiths. He gave the Turkey première of Say’s cello concerto “Shahmaran” in 2021 and will be touring with him as a duo in 2022.

Aliyev has given recitals and chamber concerts at venues including London’s Wigmore Hall and Royal Albert Hall, the Merkin Concert Hall in New York, Athenaeum in Bucharest, Rachmaninov Hall in Moscow, Presidential Concert Hall in Ankara, Forbidden City Concert Hall in Beijing and Singapore’s Arts Parliament House. He has performed at festivals around the world, including the Menuhin, Kronberg, George Enescu, Ulverston, St Magnus, Fishguard and Gümüşlük festivals.

Aliyev continues his education at the Guildhall School of Music for his artist diploma and at the Hochschule für Musik Köln for his doctorate simultaneously, and plans his projects and career together with Berrin Yoleri. He performs on a 1700 Giuseppe Guarneri “filius Andreae” cello and is generously sponsored by ÇEV Sanat.