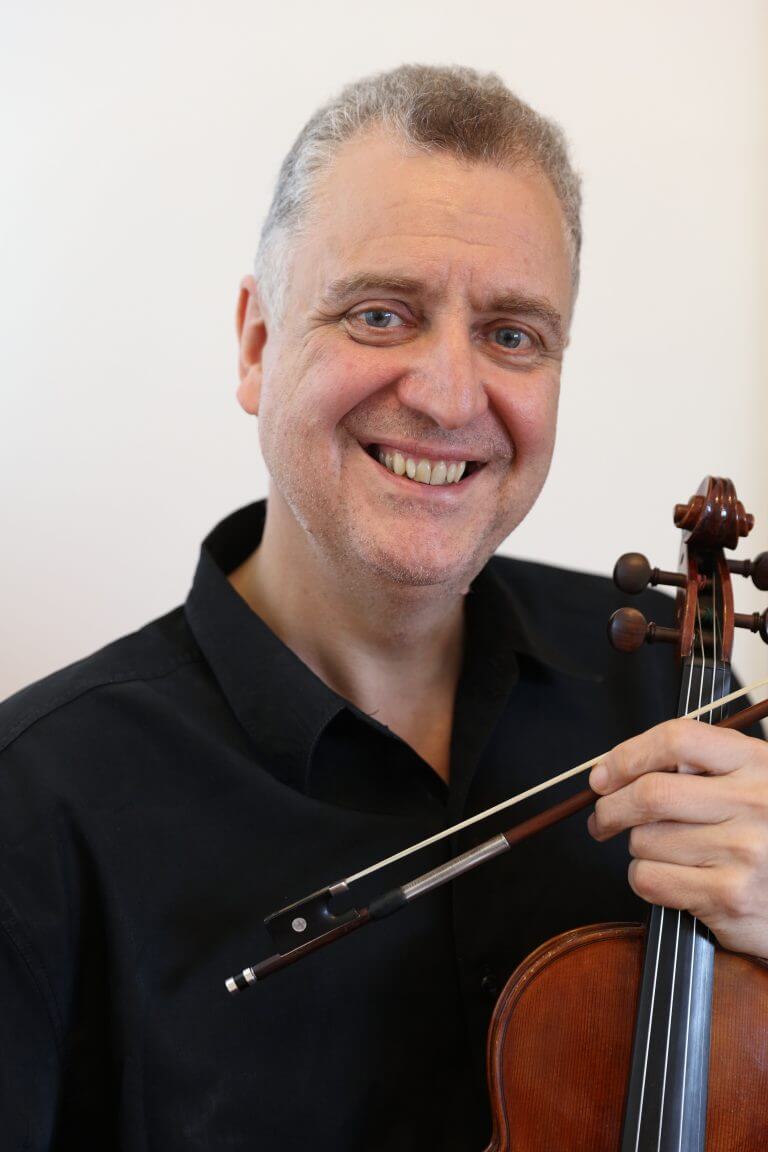 Jeremy Williams began his career as a violinist with the London Symphony Orchestra. He was a member of the Delme Quartet and Nash Ensemble, playing regularly with the Academy of St Martin in the Fields and the London Sinfonietta.

As violinist with the York Trio and violist with the Beethoven String Trio of London, he featured regularly on BBC broadcasts and made numerous recordings. Concert tours have taken him to major festivals all over the world including Edinburgh, Salzburg, Prague, Hong Kong and venues ranging from the Wigmore Hall, London, Sydney Opera House to the Forbidden City, Beijing.

In 1998 Williams was appointed Principal Viola with the Hong Kong Philharmonic and taught at the HK Academy for Performing Arts.

Williams became a member of the Australian String Quartet in 2003 and in 2009 was appointed Lecturer in Chamber Music and Director of Strings at the University of Tasmania. He has taught at the Sydney and Adelaide Conservatorium and Artist in Residence at the Queensland Conservatorium.

He was first violinist with the Diemen Quartet whilst resident in Tasmania.

He relocated to Hong Kong in 2015 dedicating himself to education, currently conducting the Yew Chung International School Orchestra and mentoring chamber music at Wah Yan School. In 2016 he formed Hong Kong Camerata Strings, an ensemble for talented young string players.

With Gian Paolo and Richard Bamping he plays viola with the Fiorini String Trio.

Williams studied violin at the Guildhall School of Music and Drama, London with Yfrah Neaman and David Takeno.