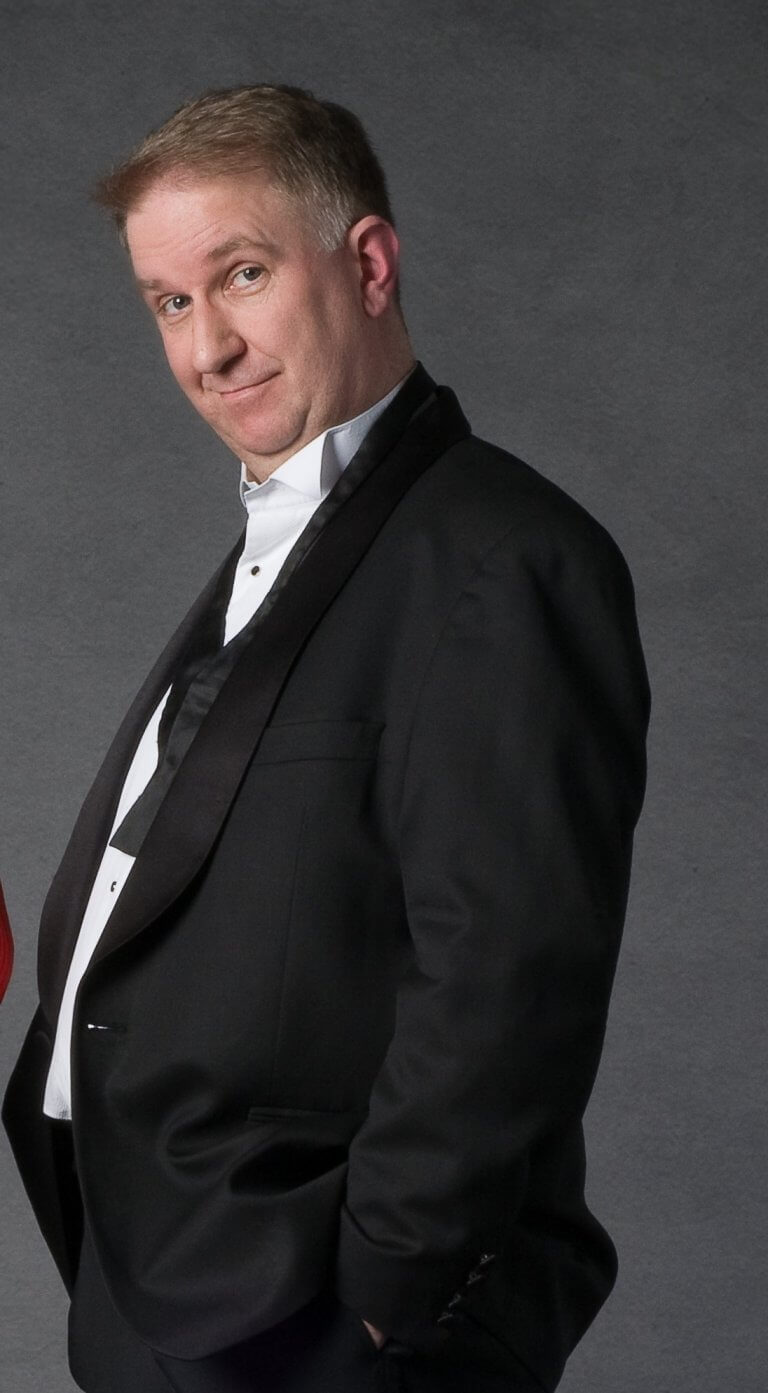 John Langley began singing and acting professionally at the age of 29, after six years of management work at the Royal Philharmonic Orchestra and later as a concert promoter in London. He has enjoyed success across a diverse spectrum of musical genres. His theatre credits include Monsieur André and Monsieur Lefevre in Phantom of the Opera at Her Majesty’s Theatre London, Ed and Boone in Whistle Down the Wind at Adelphi Theatre London, Harry in Mamma Mia, Tony in West Side Story, Sir John in Me & My Girl, and Billy Bigelow in Carousel. He has performed principal roles in operas and operettas including Danilo in Merry Widow, Eisenstein & Dr Falke in Die Fledermaus and Macheath in Beggar’s Opera. In the concert hall, he has performed Jason Carr’s Requiem for an Angel, Carmina Burana, Mozart’s Requiem, Faure’s Requiem, Mendelssohn’s St Paul oratorio.

Langley has performed as a soloist with Royal Philharmonic Orchestra, BBC Concert Orchestra and All Souls Orchestra in venues across the United Kingdom, including Royal Festival Hall, Royal Albert Hall and Glasgow Royal Concert Hall. He performs extensively throughout the UK and abroad. Langley performed the opening solo When Duty Called at the British Legion Festival of Remembrance at the Royal Albert Hall in 2014 in the presence of Queen Elizabeth II, the Duke of Edinburgh, Prince Harry, and UK Prime Minister David Cameron.

Langley has also sung with Guiyang Symphony Orchestra (China), Jakobstad Sinfonietta (Finland) and numerous concerts (between 2012-2016) with Hong Kong Sinfonietta in his own concert Movies and Musicals. He has toured with the Tartu Theatre Orchestra in a city tour of Memory Concert with Julie-Alanah Brighten all over Estonia as well.

Besides concert and theatre, Langley has a busy parallel career as an orchestrator/arranger and continues to write and provide scores for international record labels, TV & film and for artists including José Carreras, Dame Kiri Te Kanawa, Elina Garanča, Katherine Jenkins, Marti Pellow, All Angels, Aled Jones, as well as major orchestras worldwide. Langley was also music supervisor for the Classic BRIT Awards at the Royal Albert Hall in 2018.  Later that summer at the same venue he was honoured to have five new tango arrangements commissioned and performed by the Britten Sinfonia at the BBC Proms, also recorded for BBC TV.