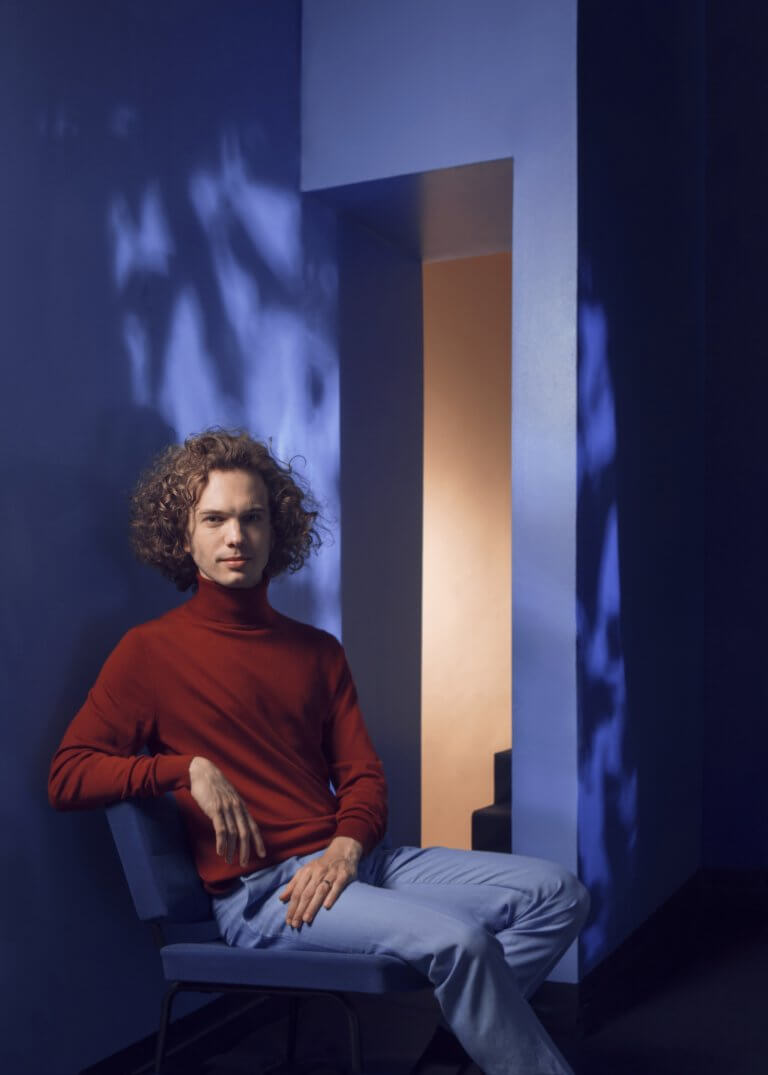 Born in 1987 near Brussels, Belgium, Julien Libeer’s earliest musical memory was the famous documentary on the recording of West Side Story by Leonard Bernstein. The piano, which he took up at age six, quickly became the faithful companion for expressing a love of music that thrives as much on opera, orchestra, and chamber music as on the piano repertoire.

For five decisive years, French-Polish pedagogue Jean Fassina was the patient, demanding, wise teacher that any aspiring musician should have the chance to encounter. This experience was followed by the equally intense collaboration with Maria João Pires at the Queen Elisabeth Music Chapel, whose advice and support strongly influenced Julien’s views over the last few years.

An accomplished chamber musician, he works on a regular basis with Augustin Dumay, Camille Thomas, Frank Braley, Maria João Pires and Lorenzo Gatto, with whom he has performed the complete Beethoven violin sonatas over several seasons (at venues including Wigmore Hall, Louvre and Royal Concertgebouw).

Other recent highlights include the release of Julien’s second Beethoven Violin Sonatas album with Lorenzo Gatto (Alpha Classics), following on from the huge success of the first release which won the Diapason d’or de l’année 2016, plus his debut concerto album featuring Lipatti’s Concertino for piano and orchestra and Mozart’s Piano Concerto No. 27 in B-flat major, KV 595 (Evil Penguin Records / Les Métamorphoses Orchestra / Raphaël Feye, conductor). In addition, he was the recipient of an Echo Klassik Award in 2017 for his album with cellist Camille Thomas.