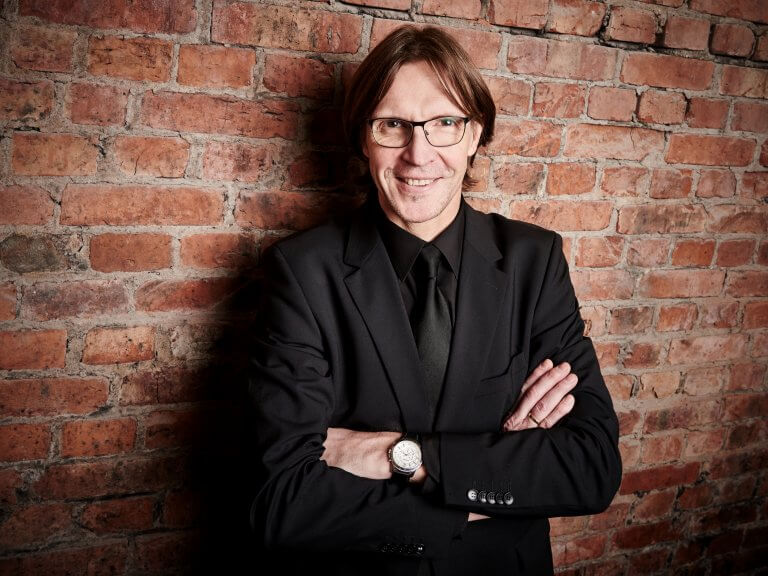 Latvian conductor Kaspars Putniņš has been one of the most visible figures in the resurgence of choral music in the Baltic countries. He has been the permanent conductor of the Latvian Radio Choir since 1992, formed the Latvian Radio Chamber Singers in 1994, and added the posts of Artistic Director and Chief Conductor of the Estonian Philharmonic Chamber Choir to those responsibilities in 2014. He regularly appears as a guest conductor with leading European choirs such as the BBC Singers, RIAS Chamber Choir, Berlin Radio Choir, NDR Choir, Netherlands Radio Choir, Collegium Vocale Gent, Flemish Radio Choir and others. He has also worked with youth choirs in Europe, including the Bachakademie Stuttgart, Vocaal Talent, and Meesters & Gezellen, leading performances and giving masterclasses to young conductors.

Whilst Putniņš’s work encompasses a wide range of choral repertoire from Renaissance polyphony to works of the Romantic period, his foremost goal has always been that of promoting new outstanding choral music, which challenges and develops the abilities of his performers and takes their vocal capacity to entirely uncharted territories.

His discography includes recordings of Pēteris Vasks’ Māte Saule for BIS Records, Jonathan Harvey’s The Angels for Hyperion, works by Bryars, Vasks, Esenvalds, Maskats and Silvestrov, all with the Latvian Radio Choir. He has also recorded Rachmaninov’s The Divine Liturgy of St John Chrysostom with the Flemish Radio Choir for Glossa. In 2018, the CD recorded with the Estonian Philharmonic Chamber Choir Schnittke – Psalms of Repentance; Pärt – Magnificat & Nunc Dimittis for BIS records won a Gramophone Award.

Putniņš is the recipient of the Latvian Music Grand Prix and the Latvian Council of Ministers Award for Achievements in Culture and Science.