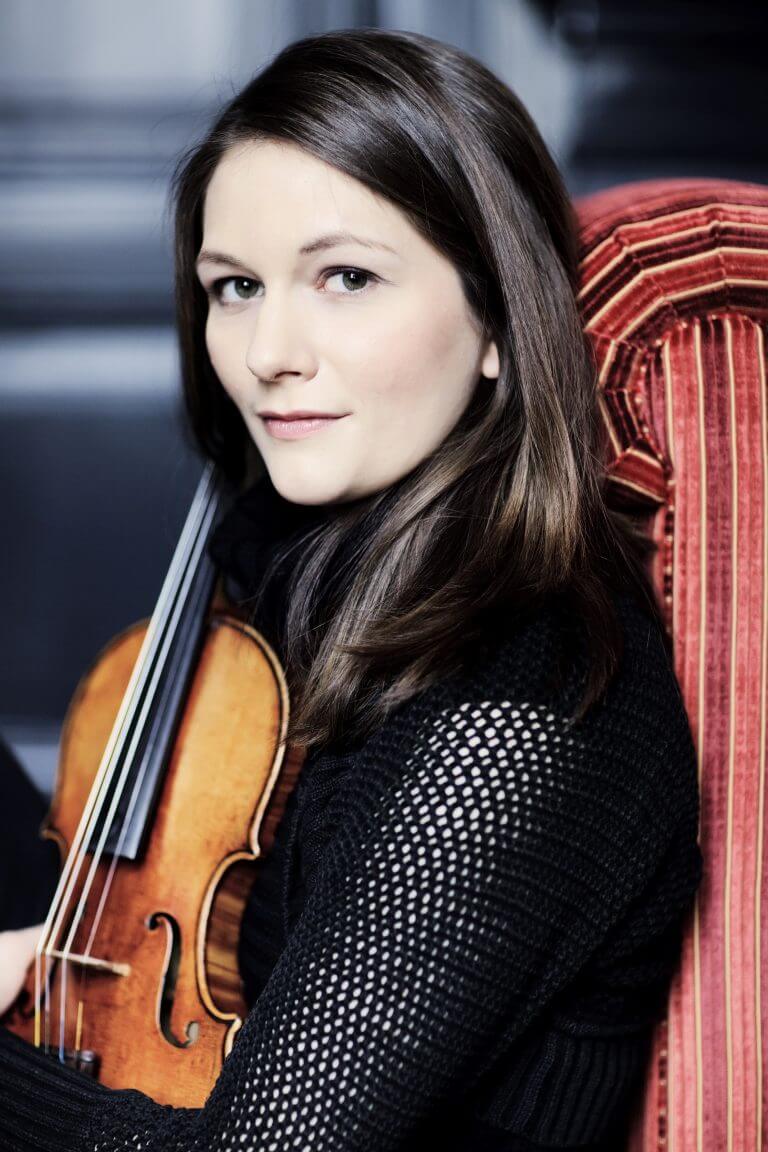 Lena Neudauer, born in 1984 in Munich, Germany, began playing the violin at the age of three and performed her first concert with an orchestra at the age of 10. As a young student, she entered  Mozarteum University in Salzburg in a class led by Helmut Zehetmair at age 11. She then continued under the instruction of Thomas Zehetmair and later on with Christoph Poppen. Through the years she also received significant ideas from Felix Andrievsky, Ana Chumachenco, Midori Goto, Nobuko Imai and Seiji Ozawa.

From an early age Neudauer gained international recognition. In 1995 she played Vivaldi’s Four Seasons with members of Munich Philharmonic in Japan and Munich. Four years later, she sparked sensation at the Leopold Mozart International Competition in Augsburg, where she not only won First Prize, but was also awarded the Mozart Prize, Richard Strauss Prize for the best interpretation of Richard Strauss’ Violin Concerto and the Audience Prize.

For some years now, Neudauer has also dedicated herself to the performance of contemporary music and has worked, amongst others, with Ensemble Intercontemporain and Pierre Boulez as well as with Österreichische Ensemble für Neue Musik. In her artistic activities, chamber music plays a significant role, which together with her solistic performances, also led her to perform in Festivals like the Mozart Week in Salzburg, Mecklenburg-Vorpommern Festival, Schleswig-Holstein Music Festival, Braunschweig Classix, Chamber Music Festival Hohenstaufen, Euroclassic Pirmasens, Gaia Chamber Music Festival Thun, Festival Musical Olympus in St Petersburg, Chopin and His Europe Festival Warsaw, Settimane Musicali in Ascona and Flandern Festival. Currently she is working together with artists such as Julian Steckel, Matthias Kirschnereit, Julia Fischer, Herbert Schuch, Nils Mönkemeyer, Paul Rivinius, William Youn and Lauma Skride.

Her début CD on the Hänssler Classic label appeared in May 2010, presenting the complete works for violin and orchestra by Schumann together with German Radio Philharmonic Orchestra Saarbrücken Kaiserslautern under Pablo Gonzalez. The CD was awarded the prestigious International Classical Music Award for the best concerto recording 2011. In 2013, she released a chamber music CD together with Paul Rivinius and Julian Steckel containing Ravel’s violin sonatas as well as his sonata for violin and cello. Neudauer’s most recent recording with German Radio Philharmonic Orchestra Saarbrücken (2014), fulfilling a long held dream, was dedicated to Mozart’s violin concertos whose cadenzas clearly exhibit the soloist’s own style.

In 2010, Neudauer (at the age of 26) was appointed Professor for violin at Saar University of Music. Since autumn 2016 she has, together with her long time companion Julia Fischer, a professorship at the University of Music and Performing Arts Munich.

She plays on a Lorenzo Guadagnini from 1743 and a Philipp Augustin from 2010.