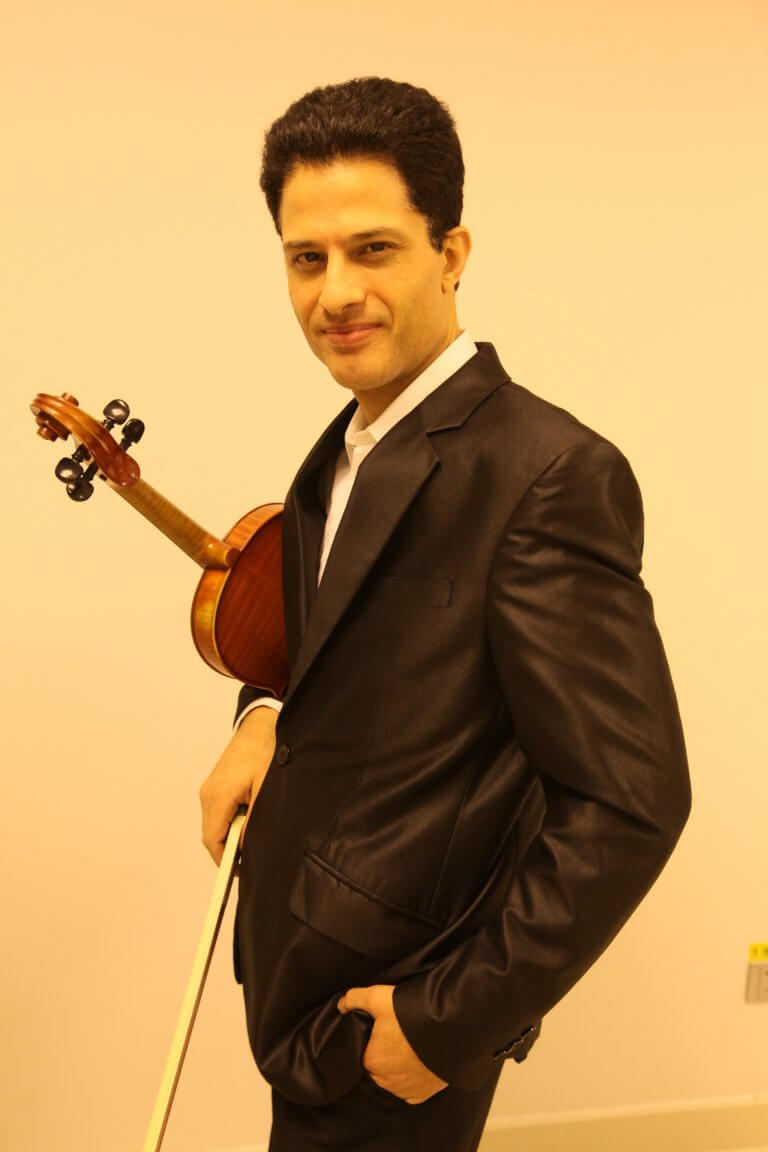 A native of Israel, Meidad Yehudayan performs around the world as a soloist, recitalist and chamber musician. He recently performed at the International Chamber Music Festival of Ameropa in the Czech Republic, FOOSA String Festival in California and a few concertos in the USA, Hong Kong, Korea and Israel. His projects in the past few years include solo and chamber music concerts with members of the Berlin Philharmonic and the Hamburg Symphony, as well as CD recordings with Hong Kong Pure Strings. The first CD, Popsinera, was awarded “The 10 Hottest CDs of the Year 2008” and “The Best Light Music Album of the Year 2008” by Radio Guangdong’s Voice of the City. The second CD Surprise – Happy Birthday was awarded the “Best CD of 2009” by Radio Guangdong. This is one of the biggest awards in China which takes playing, music selection and arrangements into consideration. As a soloist, he was invited to play at the main event of the World Peace Festival 2005 in Korea, where all proceeds were donated to UNICEF.

Yehudayan received his Bachelor of Music Degree and Artist Diploma in the Faculty of Performing Arts at the Jerusalem Rubin Academy of Music and Dance, where he studied violin and viola with Samuel Bernstein, a renowned teacher and the first mentor of Gil Shaham. He had the honour to be the first and only Israeli student to be sent to the Moscow Tchaikovsky Conservatory in Russia, where he received a diploma under the guidance of Yuri Bashmet and Fyodor Druzhinin. Subsequently, he acquired his Master of Music Degree from the Manhattan School of Music, where he studied with Michael Tree, violist of the Guarneri String Quartet, and Pinchas Zukerman.

Yehudayan is the current violist of the Pure Strings Ensemble, and has been Orchestra and Strings Director at Hong Kong International School since 2000.