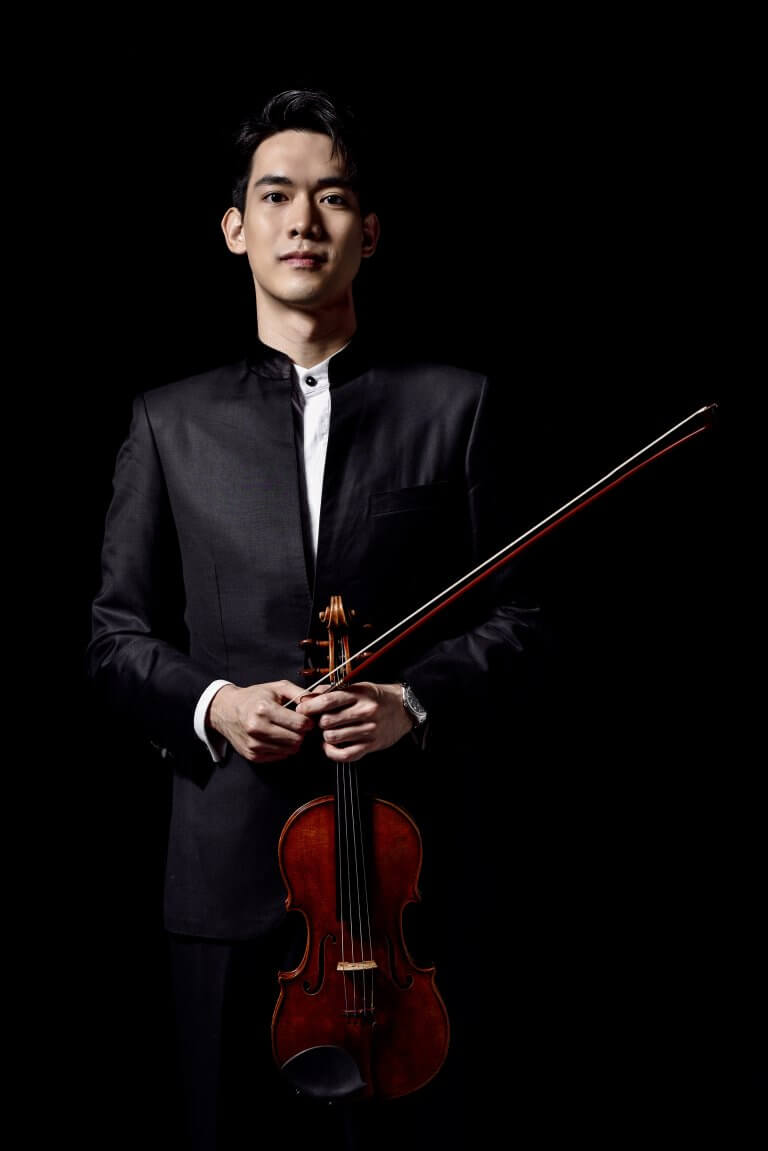 Richard will open the 22/23 season as soloist with the Chippewa Valley Symphony and Hong Kong Sinfonietta.  He will appear in recitals in Indianapolis, Washington, D.C. and Baton Rouge. Passionate about chamber music, he will continue to perform recitals in the Lincoln Center Alice Tully Hall as well as many music festivals and Asia tours.

As a chamber musician, he is a member of the Chamber Music Society of Lincoln Center’s Bowers Program and performs with elite chamber musicians at Lincoln Center as well as throughout the United States, Europe, and Asia. He is a regular guest of elite music festivals such as the Summit Music Festival, Society of Four Arts, Chamber Music International in Dallas, La Jolla Music Society, and Music@Menlo. Richard is also a devoted teacher. He gives masterclasses around world, and he is currently a professor at the National Taipei University of Education.

Richard’s discography includes an album on the Fontec label featuring works for violin and orchestra by Beethoven, Bartók, and Brahms, with Pascal Verrot conducting the Sendai Philharmonic. He has also released the complete Brahms Sonatas for Piano and Violin with his brother, pianist Robert Lin. In the Spring of 2023, Richard will release a new album with pianist Thomas Hoppe on the Azica label featuring his Carnegie Hall program with works by Vitali, R. Strauss, John Corigliano, and Frolov.

Born in Phoenix, Arizona and raised in Taiwan, Richard began his violin studies at the age of four. He made his public debut at age eleven, performing the Saint-Saëns Violin Concerto No. 3 with the Taipei Symphony Orchestra. Richard graduated from the Curtis Institute of Music and The Juilliard School, where he studied with Aaron Rosand and Lewis Kaplan respectively. As part of his Indianapolis prize, Richard has the use of the 1683 “ex-Gingold” Stradivarius and 2017 Sam Zygmuntowicz for four years.