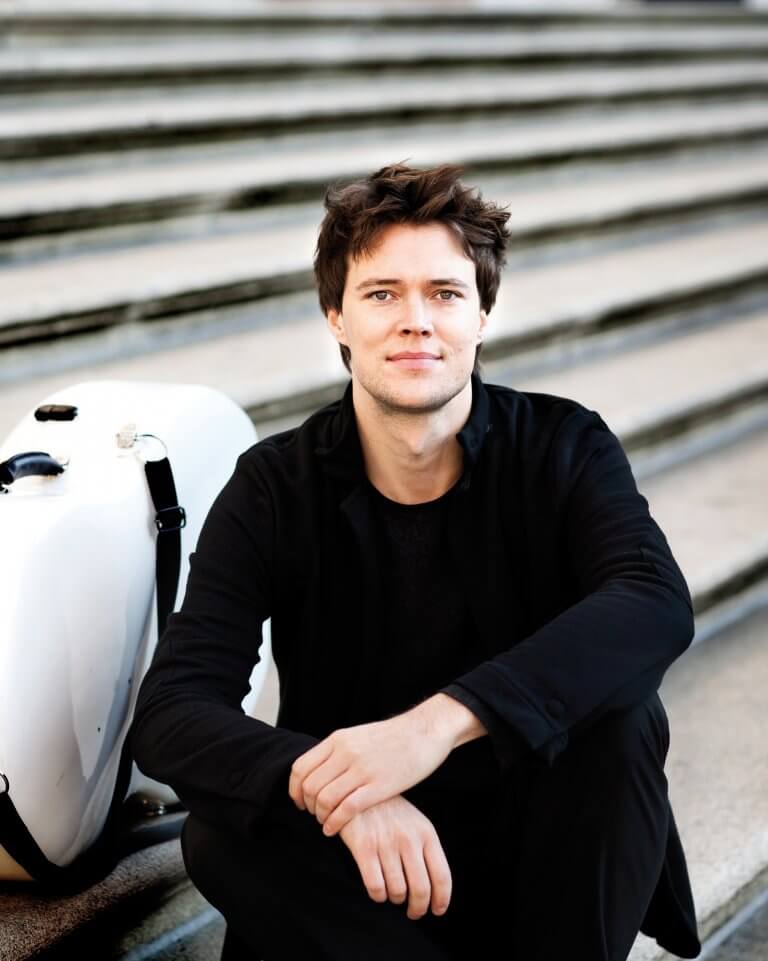 Born in Munich in 1977, Sebastian Klinger grew up in Spain and had his first cello lessons at the age of six. He later studied with Heinrich Schiff in Salzburg and Vienna as well as with Boris Pergamenshikov in Berlin.

After winning numerous national and international awards, he won the German Music Competition in Berlin in 2001. This was followed by debuts at the most important German festivals, including the Schleswig-Holstein, Rheingau, Mecklenburg-Vorpommern and Ludwigsburg festivals as well as a number of recitals in the Concertgebouw Amsterdam. In 2002, he was invited by the European Concert Hall Organization to perform in the Rising Stars Series, which took him to some of the major music centres in Europe and the United States (Carnegie Hall New York, Wigmore Hall London, Palais des Beaux-Arts Brussels, Konserthus Stockholm, Konzerthaus Wien, etc.).

In addition to these appearances, Sebastian Klinger has played concerts as a soloist and chamber musician throughout Europe, in Asia and the United States, including performances with orchestras such as the Radio Symphony Orchestra Berlin, the orchestra of the Accademia Nazionale di Santa Cecilia in Rome, the Bavarian Radio Symphony Orchestra, of which he was the first solo cellist from 2004-2015, the Munich Chamber Orchestra, the Munich and Hamburg Symphony Orchestras, the RAI National Orchestra Turin, the Orchestra of the Beethovenhalle Bonn, the Staatskapelle Weimar and the Deutsche Radio Philharmonie Saarbruecken. As a soloist he has worked with conductors such as Mariss Jansons, Christoph Poppen, Michael Sanderling, Heinrich Schiff and Antoni Wit. Since 2015 he is also teaching as a professor for violoncello at the Musikhochschule Hamburg.

His discography includes solo works, chamber music and orchestra repertoire. Sebastian Klinger has recorded the Bach solo suites for cello for OehmsClassics (awarded with the “Diapason d’Or”), a chamber music CD with Lisa Batiashvili, Francois Leleux and Lawrence Power for Sony BMG as well as a duo CD with pianist Milana Chernyavska focused entirely on French cello repertoire. His latest CD, also released with OehmsClassics in 2015, is dedicated to works by Dvořák: the cello concerto op. 104, recorded with the Deutsche Radiophilharmonie under Simon Gaudenz, and the Dumky trio with Lisa Batiashvili and Milana Chernyavska.

Sebastian Klinger plays an instrument made by Camillus Camilli in Mantua 1736.