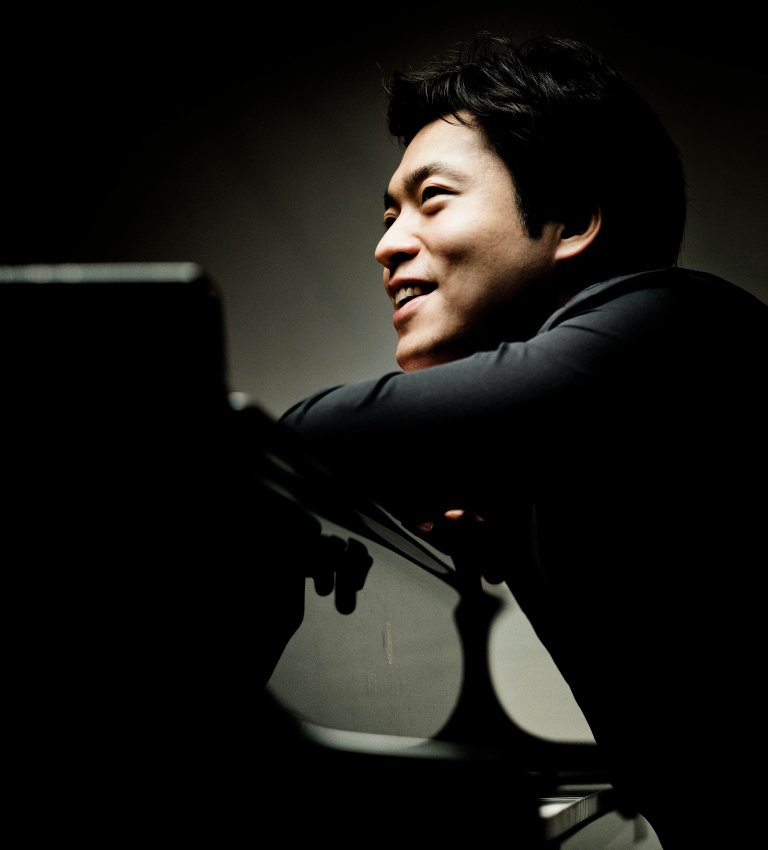 Sunwook Kim came to international recognition when he won the prestigious Leeds International Piano Competition in 2006, aged just 18, becoming the competition’s youngest winner for 40 years, as well as its first Asian winner.

Highlights among recent concerto engagements include appearances with the Philharmonia, Bournemouth, Dresdner Philharmonie and Seoul Philharmonic Orchestras and a tour of the USA with the Staatskapelle Weimar with Kirill Karabits. Kim also made his US orchestra debut with the Milwaukee Symphony Orchestra and in Europe with the Orchestre National de Belgique and at the Bergen International Festival performing Unsuk Chin’s Piano Concerto with the Bergen Philharmonic conducted by Edward Gardner.

Sunwook Kim’s début recital disc was released on the Accentus label in October 2015, featuring Beethoven’s “Waldstein” and “Hammerklavier” sonatas. This was followed by a recording of Franck’s Prélude, Choral et Fugue paired with Brahms Sonata No 3, and a further disc of Beethoven’s Sonata No 8 “Pathétique”, Sonata No 14 “Moonlight”, and Sonata No 23 “Appassionata”. His discography also includes two concerto recordings, featuring Unsuk Chin’s Piano Concerto (2014) which attracted outstanding reviews and awards from BBC Music Magazine and International Classical Music Awards, and Beethoven Concerto No 5 (2013), both on Deutsche Grammophon and with the Seoul Philharmonic, conducted by Myung-Whun Chung.

Born in Seoul in 1988, Kim completed an MA in Conducting at the Royal Academy of Music and was subsequently made a fellow (FRAM) of the Royal Academy of Music in 2019. Besides Leeds, international awards include the First Prize at the 2004 Ettlingen Competition in Germany and the 2005 Clara Haskil Competition in Switzerland. In 2013, he was selected by the Beethoven-Haus Bonn to become the first beneficiary of its new “Mentoring” programme.