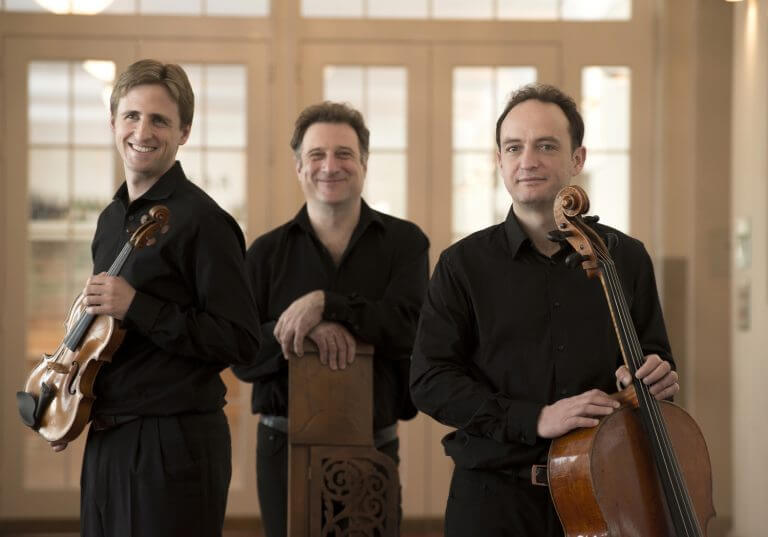 Celebrated for its finesse, infectious exuberance, tonal allure, and its irresistible panache, Vienna Piano Trio has long been hailed as one of the “world’s leading ensembles of piano, violin and cello” (The Washington Post).

The Trio has also toured in Chile, Brazil, Columbia, Mexico and Argentina (Teatro Colon in Buenos Aires), New Zealand, as well as Japan and China.

The Trio has performed Beethoven’s Triple Concerto with the English and the Munich Chamber Orchestras, Orchestre Métropolitain de Montreal, and Capella Istropolitana. Its concerts have also been repeatedly broadcast on BBC3, Radio France, WNYC and NPR stations, and it has appeared live on WGBH Boston and St Paul Sunday.

The Trio won many awards for its recordings (including ECHO Klassik) for Naxos, Nimbus, and for MDG since 2003. Its recent releases include recordings of Saint-Saëns (2012) and Beethoven (2014). Their CD featuring Brahms´ complete piano trios was released in the 2015/2016 season with MDG.

Having studied with Trio di Trieste, Haydn Trio Wien, Isaac Stern, and members of La Salle and Guarneri Quartets, the Beaux Art and the KLR Trios, among others, Vienna Piano Trio has given masterclasses at London’s Wigmore Hall and Royal College of Music, Sydney’s Conservatory of Music, the University of Wellington as well as in Finland, France, Canada, and throughout the USA.

David McCarroll plays a violin by A &G Gagliano from 1761

Matthias Gredler plays on a Violoncello by J B Guadagnini from 1752.