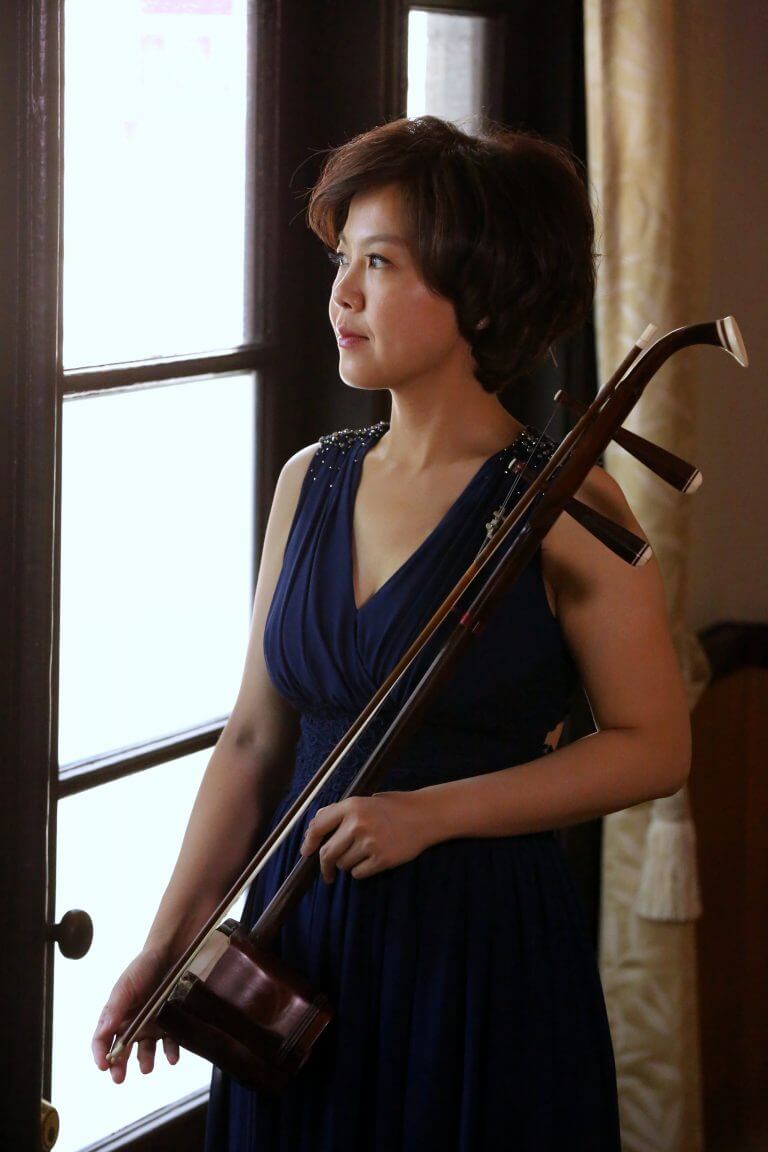 One of the most celebrated huqin players of her generation in Asia, Wang Ying-chieh has an extensive repertoire that ranges from traditional classics to contemporary compositions and crossover works.

Wang was the Erhu Principal of the Taipei Chinese Orchestra until 2012 and is a regular member of the improvisational music ensemble MAFIA since 2014.  Apart from performing around the world, she also teaches at the National Taiwan University of Arts, University of Taipei and Chinese Culture University.

As a soloist, Wang has collaborated with orchestras including the Regensburg Philharmonic Orchestra in Germany and all the major Chinese orchestras in Taiwan. She is a frequent guest at international festivals, having performed at MAS|Musique d’Aujourd’hui en Scène in Paris & Lyon, Shanghai International Arts Festival, Taipei Traditional Arts Festival and Kaohsiung Spring Arts Festival, among others.  Wang has also been featured in academic conferences in France and Germany.

In 2016/2017, Wang will collaborate with Taiwan Music Institute and TPMC Paris (Tout Pour la Musique Contemporaine) and perform a series of new commissioned works in Taiwan and Europe.  As part of the PAN Project, she will work with musicians from Korea, Japan and USA in concerts, workshops and recording projects.

Born in Taipei, Wang started her musical training at an early age, first on the piano, violin and in composition before turning her interest to erhu.  In 2002, she became the first erhu player in Taiwan to obtain a master’s degree, from the Graduate Institute of Arts at Chinese Culture University under the tutelage of Professor Lin Yum-tin.