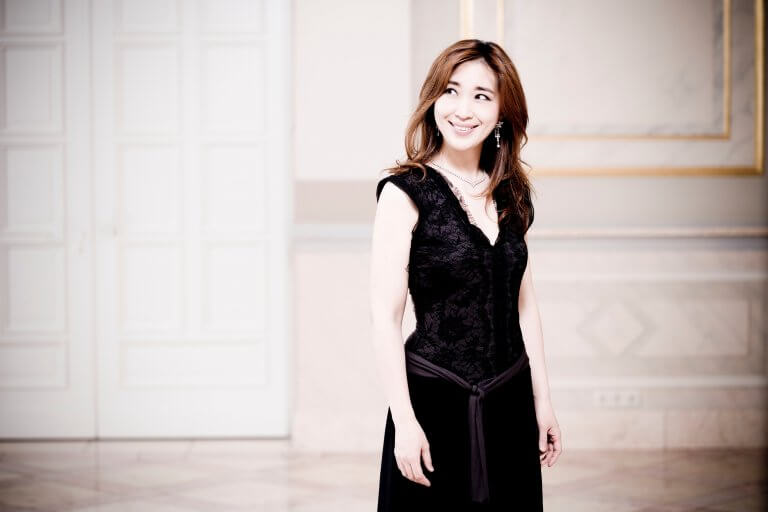 Yeree Suh delights audiences and critics alike with her radiant yet nuanced soprano voice, and has become internationally renowned as an interpreter of 17th and 18th century repertoire as well as of contemporary music.

Since her debut as Ninfa in Monteverdi’s L’Orfeo under René Jacobs at the 2003 Innsbruck Festival and appearances at the Berlin Staatsoper and Theater an der Wien, the Korean singer has worked with early music conductors such as Philippe Herreweghe, Ton Koopman, Andrea Marcon, Jean-Christophe Spinosi and Masaaki Suzuki, and ensembles such as Anima Eterna, the Akademie für Alte Musik Berlin, the Venice Baroque Orchestra and the Finnish Baroque Orchestra. She took the part of Mademoiselle Silberklang in Mozart’s Der Schauspieldirektor on tour with the Concerto Köln under Harald Schmidt, and debuted at the 2010 Beijing Festival as Semele.

With her extraordinary voice control and clear timbre, the soprano is also a prominent interpreter of 20th and 21st century music. Under the direction of Kent Nagano with the Deutsches Symphonie-Orchester Berlin, Yeree Suh gave the European premiere of Matthias Pintscher’s with lilies white. She has also performed George Benjamin’s A Mind of Winter with the Frankfurt Radio Symphony Orchestra under Paavo Järvi, Unsuk Chin’s Akrostichon-Wortspiel with the Nieuw Ensemble Amsterdam, Wolfgang Rihm’s Mnemosyne with the Scharoun Ensemble of the Berlin Philharmonic and Ligeti’s Mysteries of the Macabre with the Ensemble Intercontemporain under Susanna Mälkki. She also performed in the premiere of Rihm’s Drei Frauen at the Theater Basel (direction: Georges Delnon). Highlights of her repertoire include works by Pierre Boulez, including Le soleil des eaux, which she performed with Pablo Heras-Casado and Peter Eötvös; Pli selon pli, with Jonathan Nott and Thierry Fischer; and Le Visage Nuptial, with Cornelius Meister.

As part of the 40th anniversary celebrations of the Ensemble Intercontemporain under Matthias Pintscher in 2016, the Berlin-based singer performed songs by Anton Webern with phenomenal success. In 2015 she sang Carmina Burana under Yannick Nézet-Séguin in Dortmund. In September 2017 she returned to the Musikfest Berlin with Toshio Hosokawa’s Klage under Shiyeon Sung, having given her debut at the festival in 2015 with Schoenberg’s Die Jakobsleiter under Ingo Metzmacher. A further high point of her 2017/18 season was Mahler’s 4th Symphony with the Concertgebouw Orchestra under Daniele Gatti in Seoul. Collaborating with the Lucerne Symphony Orchestra under Michael Sanderling, she interpreted Brahms’ German Requiem in Lucerne and Tongyeong in 2019, during which year she was also a guest at the Salzburg Festival with the SWR Symphony Orchestra under Peter Rundel with Luigi Nono’s Il canto sospeso.

Yeree Suh has a close relationship with Jos van Immerseel, who has worked with the singer as a conductor and accompanist – their Schubertiade performance as well as Carmina Burana has been released on CD. Her discography began in 2008 with her celebrated CD Musik der Hamburger Pfeffersäcke with the Elbipolis Barockorchester Hamburg. This was followed by recordings of works by composers included Purcell, Handel, Bach and Respighi, as well as contemporary works by Judith Bingham and Michael Jarrell.

With a new production by Kornél Mundruczó based on Ligeti’s Requiem, Yeree Suh kicks off the 2019/20 season at the Ruhrtriennale together with the Bochum Symphony Orchestra and Steven Sloane. She also returns to the Ensemble Intercontemporain with Matthias Pintscher and the German Symphony Orchestra for Vaughan Williams’s Sinfonia Antartica under Andrew Manze. In Dresden she sings Bach’s Matthäuspassion with the Dresden Kreuzchor and then goes on tour with Anima Eterna and Jos van Immerseel with a Beethoven program.

Yeree Suh studied at the Seoul National University, Universtät der Künste Berlin with Harald Stamm, in Leipzig with Regina Werner-Dietrich and at the Schola Cantorum Basiliensis with Gerd Türk.