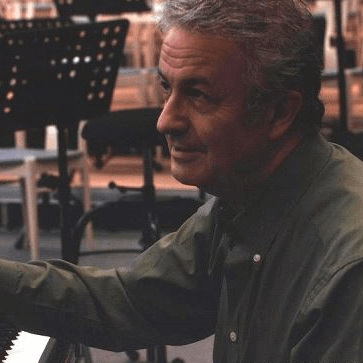 Born in Moscow in 1944, Sergei Abir is a composer, arranger, conductor and teacher. Educated at the Moscow State Tchaikovsky Conservatory in the 1960s, he taught at the Institute of Military Conductors affiliated to the Conservatory (1970-1979), as well as the Gnesins Russian Academy of Music (1979-1990) and Jerusalem Academy of Music and Dance in Tel Aviv (1991-2002). He has written books on the 18th-century French symphony and on Christoph Willibald Gluck (Moscow, 1977, 1987). Having migrated to Israel in 1990, he contributed a lot to its music and cultural scene, writing new klezmer concert repertoire while working with Giora Feidman. Since 2020, he has been living in New York.

Abir’s sophisticated and authentic approach to arrangement and orchestration sees him creating insightful and imaginative versions of works as if they were written by the original composer himself. Among his most prominent orchestral arrangements are Tchaikovsky’s The Seasons (2012), Children’s Album (2019) and Schumann’s Frauenliebe und Leben (2011).