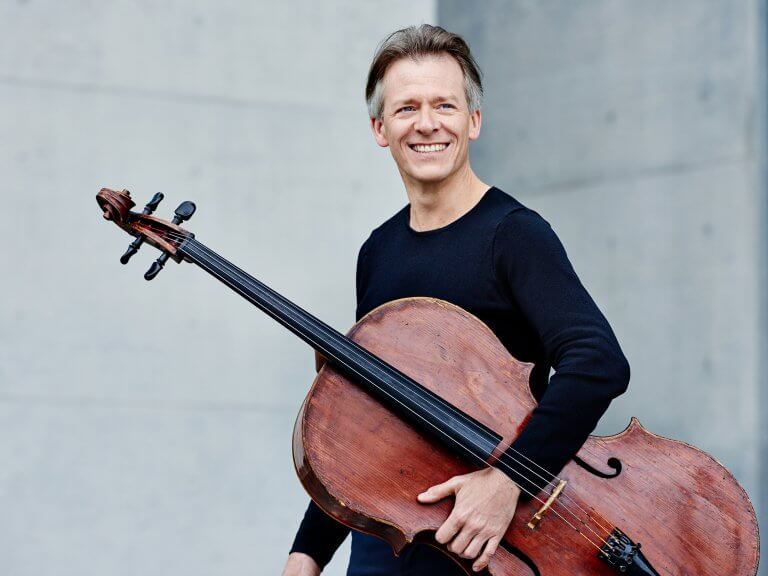 Having launched his career with Berlin Philharmonic and Semyon Bychkov in 1991, Alban Gerhardt has since gained recognition as one of the most versatile cellists, highly regarded for his performances from solo Bach through the classical and romantic canon, to collaborations with several contemporary composers.

For over 30 years, Gerhardt has made a unique impact on audiences worldwide with his intense musicality, compelling stage presence and insatiable artistic curiosity. His gift for shedding fresh light on familiar scores, along with his appetite for investigating new repertoire from centuries past and present, truly set him apart from his peers.

Gerhardt has a very wide repertoire including all the core concertos, and is at the same time the go-to soloist for contemporary composers. He most recently premiered Julian Anderson’s 2023 Grawemeyer Award-winning concerto Litanies with Orchestre National de France, following on from the success of his performances of Brett Dean’s concerto premiered with Sydney Symphony Orchestra and Berlin Philharmonic, and played with New York Philharmonic, Swedish Radio Symphony Orchestra and London Philharmonic Orchestra, amongst others. The upcoming season highlights include Minnesota Orchestra with Pablo Heras-Casado, Spanish National Orchestra with Simone Young, Royal Liverpool Philharmonic Orchestra with Vasily Petrenko, and Orquestra Gulbenkian. He will also perform the Asian première of the Anderson concerto with Hong Kong Sinfonietta.

Gerhardt has won several awards, and his recording of Unsuk Chin’s Cello Concerto, released by Deutsche Grammophon, won the BBC Music Magazine Award and was shortlisted for a Gramophone Award in 2015. He has recorded extensively for Hyperion; his recording of complete Bach suites was released in 2019 and was one of The Sunday Times’ “Top 100 CDs of the Year” (all genres included). His recent album Shostakovich: Cello Concertos with the WDR Sinfonieorchester Köln and Jukka-Pekka Saraste was awarded the International Classical Music Award in 2021.

Gerhardt is a keen chamber musician whose regular performance partners include Steven Osborne, with whom he will perform in North America this season. He has collaborated with violinist Gergana Gergova, choreographer Sommer Ulrickson, and sculptor Alexander Polzin on the artistic project “Love in Fragments”, a poetic union of music, movement, sculpture and the spoken word, which successfully premiered at 92NY in New York.

Gerhardt is passionate about sharing his discoveries with audiences far beyond the traditional concert hall. His outreach projects undertaken in Europe and the USA have involved not only performances and workshops in schools and hospitals, but also pioneering sessions in public spaces and young offender institutions.