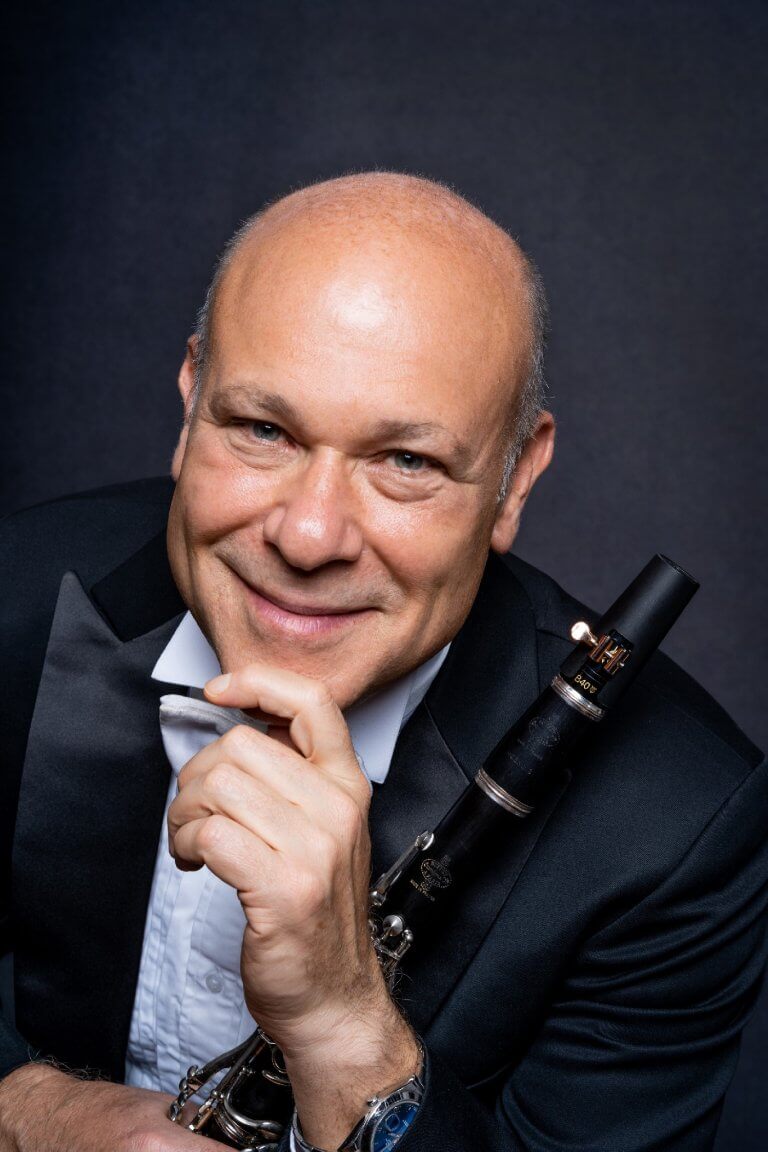 Acclaimed clarinettist Andrew Simon has appeared as soloist and guest lecturer on four continents. As Principal Clarinettist of the Hong Kong Philharmonic Orchestra, he has recorded solo works by Baermann and Stravinsky, and has performed concerti over 70 times, including John Corigliano’s Concerto for Clarinet and Orchestra which he studied with the Academy Award-winning composer.

Among his notable performances are those with the Mainly Mozart Orchestra in the US, Singapore Symphony, as well as giving the Australian and Asian premières of the original, unpublished version of Copland’s Clarinet Concerto. His recital CDs include HOT and his new release, Ebony and Ivory, for NAXOS Recordings.

As guest lecturer, he frequents institutions such as Yale University, the Sydney Conservatorium, Royal College of Music in London, and Central Conservatory in Beijing. Having recently given his concerto débuts in Lithuania, Taiwan and New Zealand, upcoming projects include concertos with Jaap van Zweden as well as the SAR Philharmonic Orchestra.

A graduate of The Juilliard School, Simon is a Buffet-Crampon, Vandoren and Ishimori artist. He is also the first American-born musician to perform in North Korea.

Away from music, his adventurous streak has taken him to an ashram in India, a bungy jump in New Zealand, and a tennis match against John McEnroe (he lost).